One of the things I get asked most is which Avenger is on which side in Captain America: Civil War. While Hawkeye, Ant-Man and Falcon have already been confirmed for Team Cap, who are the other two members? Who is on Team Iron Man?

According to sourcing, the following is how the the Civil War teams are broken down. A previous site’s report about Black Widow was wrong. We made a little collage of each team. Here are your team rosters. First up: 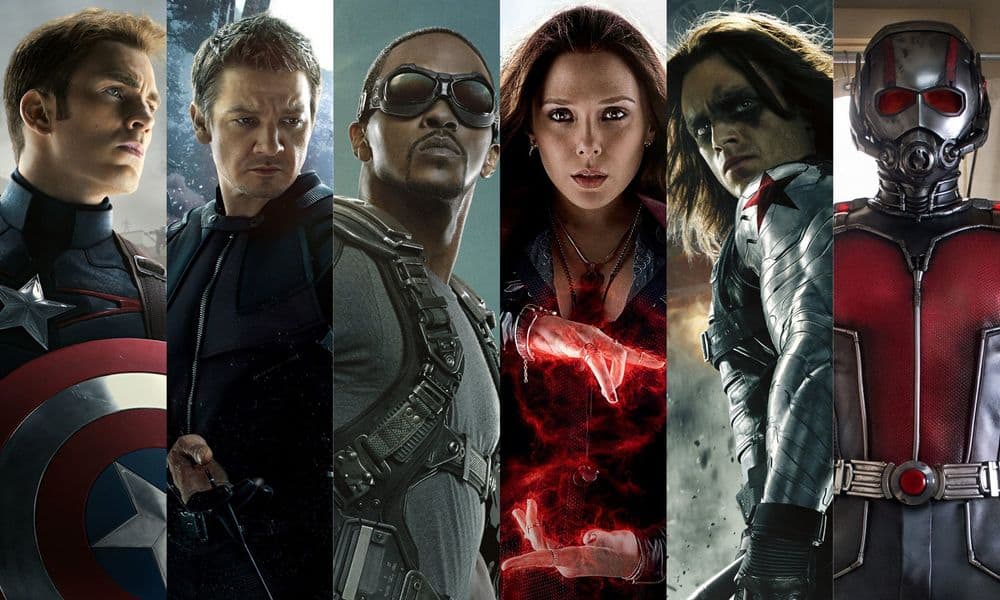 So there you have the two Captain America: Civil War teams. Chadwick Boseman’s Black Panther has already been confirmed by Marvel Studios president Kevin Feige personally as being neutral. He is on a mission in Civil War. Yesterday’s story might be the reason why. What do you think of the two teams? Can you guess which Avenger might be a double agent? Chime in your thoughts in the comments section!

Here is the official synopsis for Captain America: Civil War:

“Captain America: Civil War” picks up where “Avengers: Age of Ultron” left off, as Steve Rogers leads the new team of Avengers in their continued efforts to safeguard humanity. After another international incident involving the Avengers results in collateral damage, political pressure mounts to install a system of accountability and a governing body to determine when to enlist the services of the team. The new status quo fractures the Avengers while they try to protect the world from a new and nefarious villain.”

Stay tuned for the latest news regarding Captain America: Civil War and other Marvel Studios projects, and make sure to susbcribe to our YouTube channel for more content!