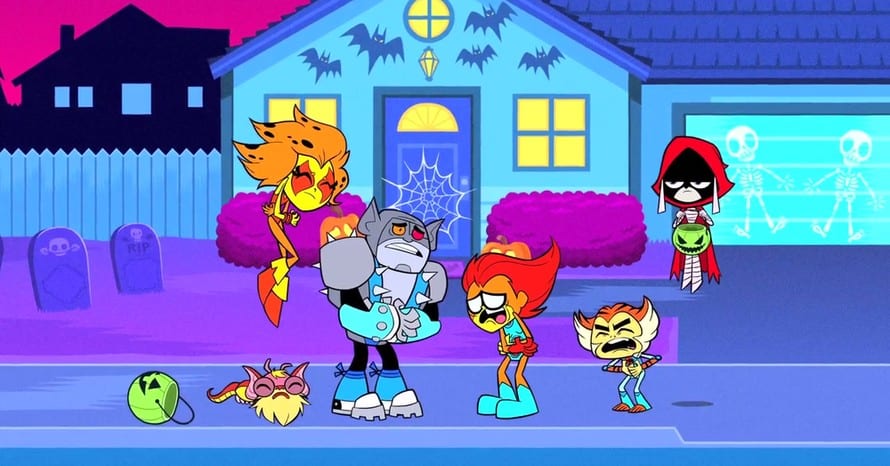 A synopsis for an upcoming Teen Titans GO! episode spoofs the announcement of Thundercats Roar and the backlash it faced.

According to Wikia, one of the upcoming episodes of Teen Titans GO!, “Teen Titans Roar”, revolves around the Titans really, really not liking the direction that a reboot of a classic cartoon that they liked is headed in, and they use their resources to try to get the show pulled. This, in and of itself, can be seen as another thinly-veiled reference to the backlash that Teen Titans GO! got when it was announced from fans of the 2003 Teen Titans cartoon, but the episode seems to be more specifically focused on dunking on Thundercats Roar, as evidenced by the episode title. Thundercats Roar is also set to air on Cartoon Network, and Teen Titans GO! is no stranger to poking fun at the various properties that are part of the WarnerMedia conglomerate.

The premise of the Teen Titans GO! episode spoofing Thundercats Roar is as follows:

“The Titans are outraged when their favorite cartoon is rebooted, so they come up with a plan to get this new show off the air.”

Interestingly, while no release date has been given, the release of this episode seems to have been delayed to coincide with the release of Thundercats Roar. Originally, it was ordered as part of Season 5 of Teen Titans GO!, but it will now air alongside the episodes of Season 6. This would not be the first time that the show has referenced Thundercats, as the Teen Titans dressed up as the team (with Raven dressed as their arch-enemy, Mumm-Ra) in a Halloween episode.

Teen Titans Go! vs Teen Titans, the comedic modern-day quintet takes on their 2003 counterparts when villains from each of their worlds join forces to pit the two Titan teams against each other. They’ll need to set aside their differences and work together to combat Trigon, Hexagon, Santa Claus (that’s right, Santa!) and time itself in order to save the universe.

Teen Titans Go! vs. Teen Titans is now available on Digitial HD and will be released on DVD and Blu-Ray on October 15, 2019.