A new photo from the Thor: Love and Thunder set confirmed Tessa Thompson has started work on the upcoming sequel.

As work continues on Taika Waiti’s Thor: Love and Thunder, Valkyrie star Tessa Thompson has arrived on set in Australia to reprise her role as the new King of Asgard. The actress previously revealed that Valkyrie won’t be the only hero to show up in sequel, and set photos recently confirmed the arrival of the Guardians of the Galaxy. It’ll be interesting to see how big of a role the cosmic band of rogues has in Love and Thunder ahead of their own third film directed by James Gunn.

James Gunn Says He Doesn’t Have That Much Input On Thor: Love and Thunder

Tessa Thompson took to Instagram to confirm she’s started work on Thor: Love and Thunder, posting a picture to her story of a chair on set printed with Valkyrie’s name on it. Natalie Portman arrived in Australia last year in preparation for filming the Marvel Studios sequel, as Jane Foster gets a bit of an upgrade this time around with her own set of godly abilities inspired by Jason Aaron’s Mighty Thor run in the comics. Take a look at Tessa Thompson’s photo from the Love and Thunder set below. 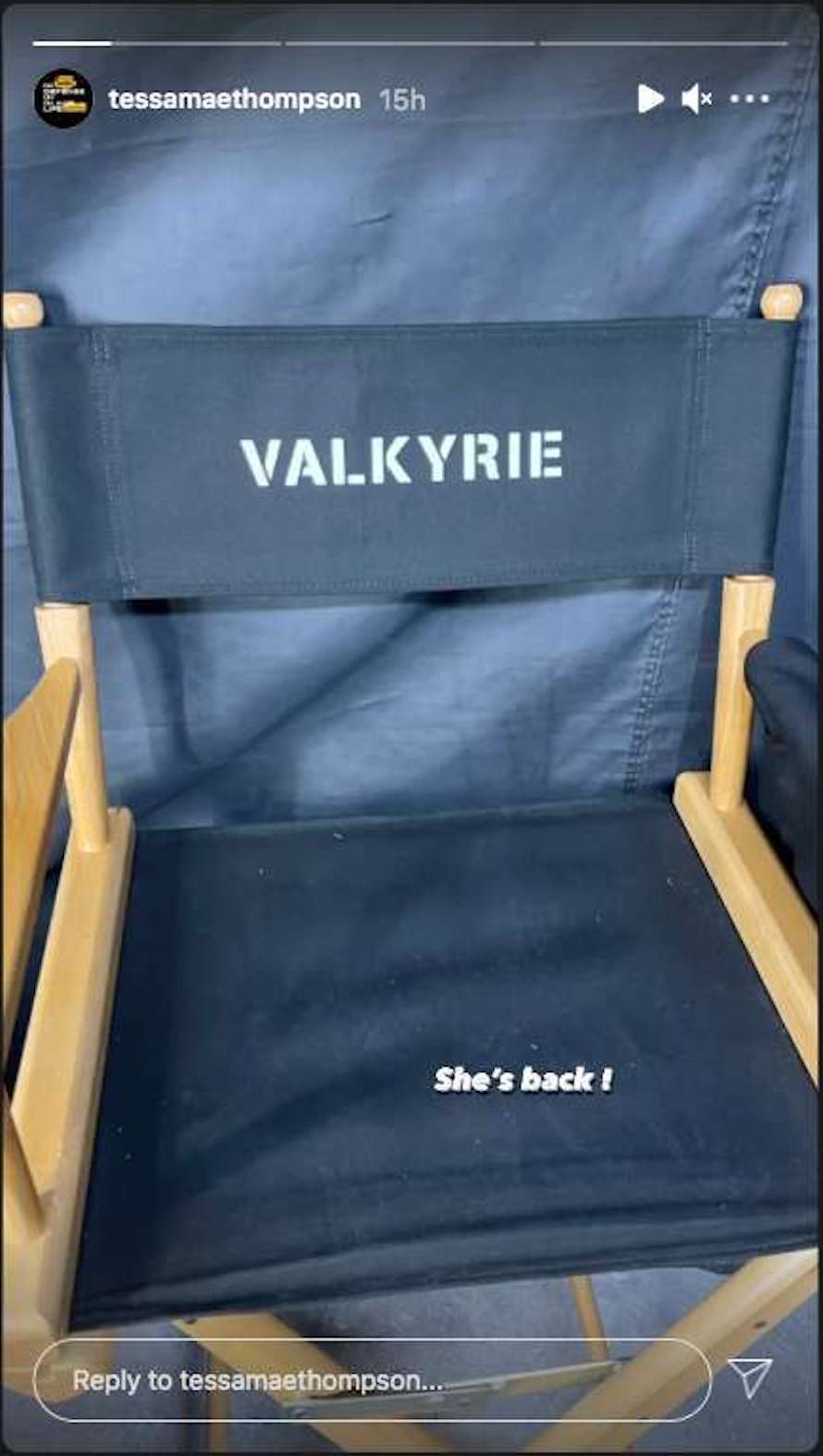 Are you excited to see Tessa Thompson back in the Marvel Cinematic Universe? What do you think Valkyrie gets up to in the Thor sequel? Sound-off in the comments below!

Full details on the plot for Taika Waititi’s Thor: Love and Thunder are currently being kept under lock and key, though the film will be partly based on Jason Aaron’s Mighty Thor comic book run, in which Jane Foster becomes the new Thor. Directed by Taika Waititi from a script he co-wrote with Jennifer Kaytin Robinson, the film stars Chris Hemsworth, Tessa Thompson, Natalie Portman, and Christian Bale.

Thor: Love and Thunder is set to be released on May 6, 2022. Stay tuned to Heroic Hollywood for all the latest news on Tessa Thompson in Chris Hemsworth’s upcoming sequel along with the future of the Marvel Cinematic Universe. You can also subscribe to our YouTube channel for more content!