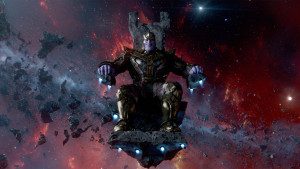 Earlier this year, the Russo brothers made comments that started rumours of 67 Marvel characters appearing in the upcoming Avengers: Infinity War films. In an interview with the Huffington Post, writers Christopher Markus and Stephen McFeely clarified what the Russos’ comments meant. Markus began by addressing the specific 67 number and why it was brought up .

“Well, I mean that number is literally — that number comes from the fact that that’s everyone who’s already been introduced. If you line up all the characters who are available to use from the prior Marvel movies, it racks up to about 60 something characters, let alone the new ones you could bring in.”

McFeely went on to discuss how this was an exploration of who could be in the films.

“Right. We had our office filled with cards of everybody who was alive and available, and the brothers came in and went, ‘Whoa.’ So that doesn’t mean that everyone is, you know, there’s not going to be 67 lead parts.”

As for who would appear, McFeely was able to confirm one character.

“[Thanos]. It’s easy. Really giving him good scenes. You know, he’s never been the villain in any of the movies. He’s never been the main character in that way, so giving lots of good screen time to Thanos is paramount and pretty fun.”

The duo then talked about the challenge of finally bringing Thanos into the forefront after years of teasing.

“There’s an aspect of, you know, people know what’s coming, so our challenge is how best are we going to handle this somewhat known quantity. But also he’s barely been touched on. He’s at about 20 seconds of screen time,” said Markus.

“He hasn’t had an amazing scene. I think it’s an advantage ultimately, right? Because people are anticipating this guy coming in and really delivering the goods. So, I think they’re eager, and we just have to deliver it. We don’t have to convince them that he’s gonna be interesting. We just have to execute what has been teased,” said McFeely.

Are you happy there won’t be 67 leads in Avengers: Infinity War? Do you think the writing duo will be able to give us a great villain in Thanos? Sound off in the comments below!