The CW will not just be hosting three superhero shows this season as they will be joined by a fourth one with Supergirl as she flies over to the network for Season 2. Today The CW released a brand new Season 2 photo to celebrate the network’s newest hero who will be joining The Flash, Arrow and Legends of Tomorrow. 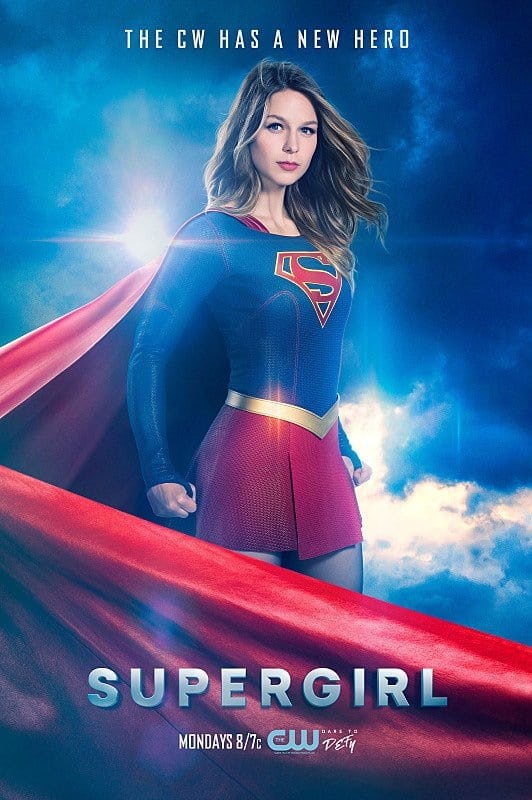 “Now, in Season Two, Kara has left the safety of being Cat Grant’s assistant in order to figure out what she really wants to do, while as Supergirl she continues to work at the DEO., protecting the citizens of National City and searching for Jeremiah and Cadmus. Along the way, she will team up with Superman (Tyler Hoechlin) to battle new villains, as she strives to balance her personal life with her life as a superhero.

Distributed worldwide by Warner Bros. International Television Distribution, SUPERGIRL is executive produced by Greg Berlanti (“Arrow,” “The Flash”), Ali Adler (“The New Normal”), Andrew Kreisberg (“The Flash,” “Arrow”) and Sarah Schechter (“Blindspot,” “The Mysteries of Laura”). Supergirl is based on the characters created by Jerry Siegel and Joe Shuster and appearing in DC Comics, by special arrangement with the Jerry Siegel Family.”

Supergirl Season 2 premieres on Monday, October 10 at 8/7c on The CW.