With only one week left until the highly anticipated event finally kicks off, Entertainment Weekly have unveiled the cover for their special San Diego Comic-Con issue, giving us our first official look at Idris Elba as Roland Deschain and Matthew McConaughey as the Man in Black in Nikolaj Arcel’s The Dark Tower.

You can check out the awesome cover below. 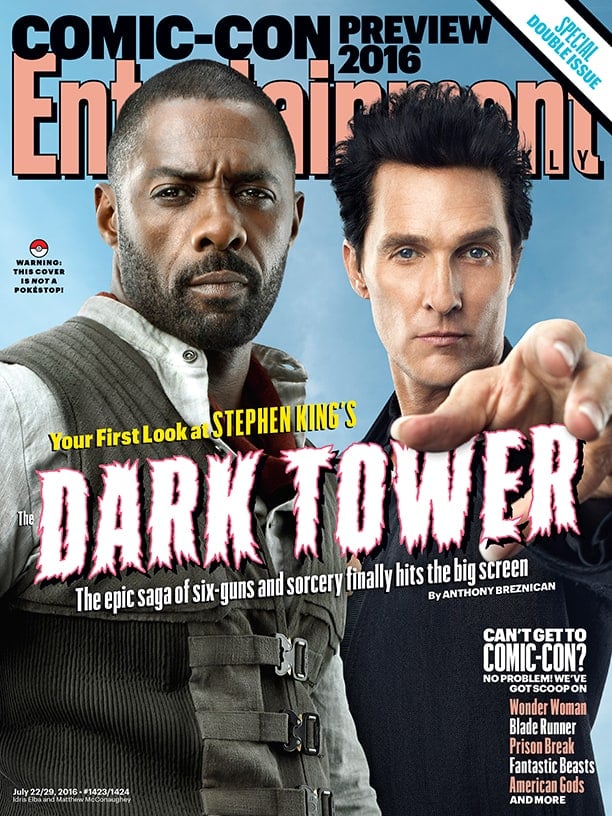 Plus, here’s another cool image of Elba as The Gunslinger: 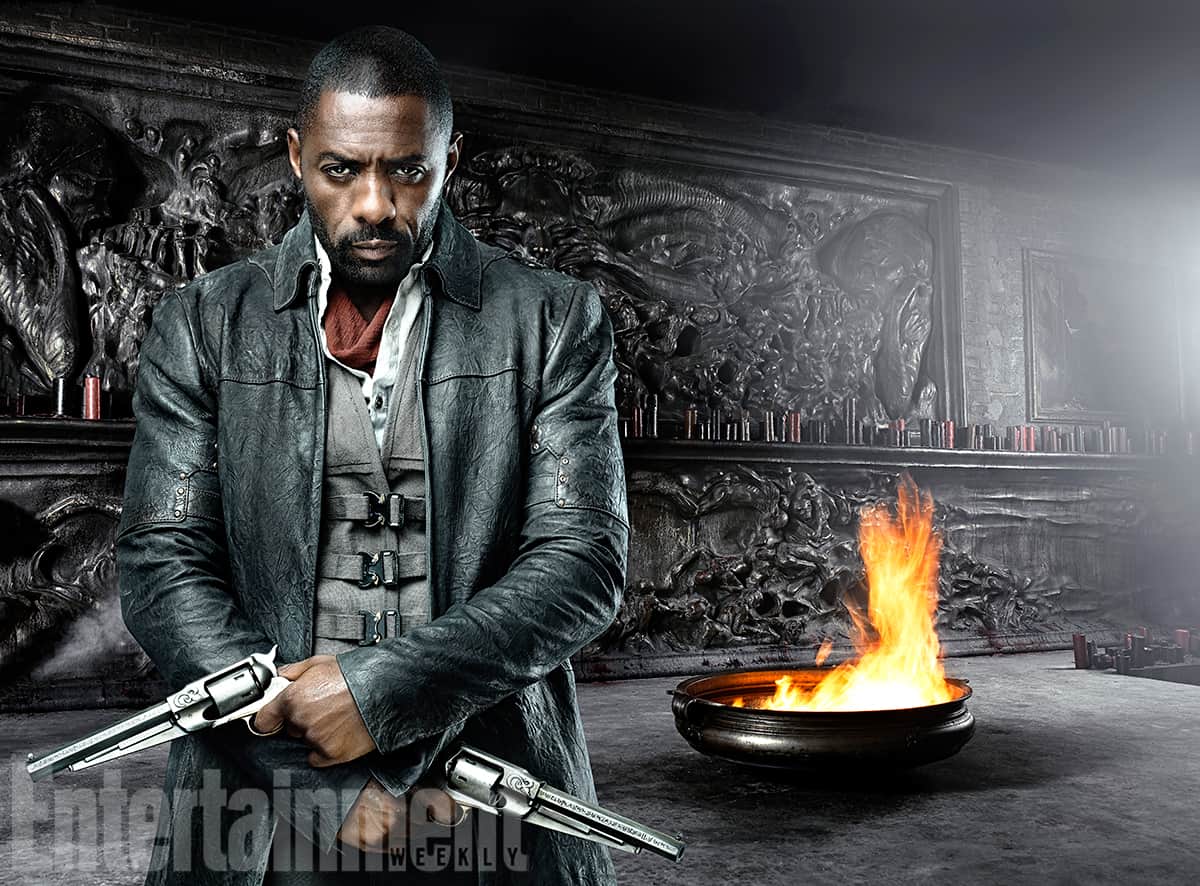 Speaking with the magazine, Elba expressed his excitement over his role in the movie:

The actor also commented on whether that has to do with the race-swapping of the fan favorite character:

“A white guy in a sense, but, also just that you could make a version of this film that appealed to a slightly more action-hero type character and I don’t do those films. I haven’t done many actions films. I like to bring a little depth and bring a real character. And what’s been fun is, Nik’s really up for that. So we do takes that are a little bit more commercial, if you like, and we do takes that are f—ing deep, like we’re making an independent film. It’s an iconic character. I want to get it right.

It’s better just to treat it like no big deal. There should be no difference. The character that was written in Stephen’s imagination, it could be any color. It just happens to be me and, you know? In the artwork, it just so happens to be a white guy, but I don’t think that makes any difference. … I think what’s great about it, if I want to say anything about it, is that it is a sign of the times in terms of a colorless society. People go, ‘A good actor is a good actor,’ you know?”

Expect plenty of other The Dark Tower-related goodies over the next few days such as the first official images from the big screen adaptation of Stephen King’s novel series, some cool interviews with the stars and the director of the movie, plus a few comments by King himself about the changes from his novels.

The special issue will also include new intel on Wonder Woman, Kong: Skull Island, the yet-to-be titled Blade Runner sequel and many more projects which will have a presence at San Diego Comic-Con next week. For now, you can click here to head over to Entertainment Weekly for their full interview with Elba and a description of a cool scene.