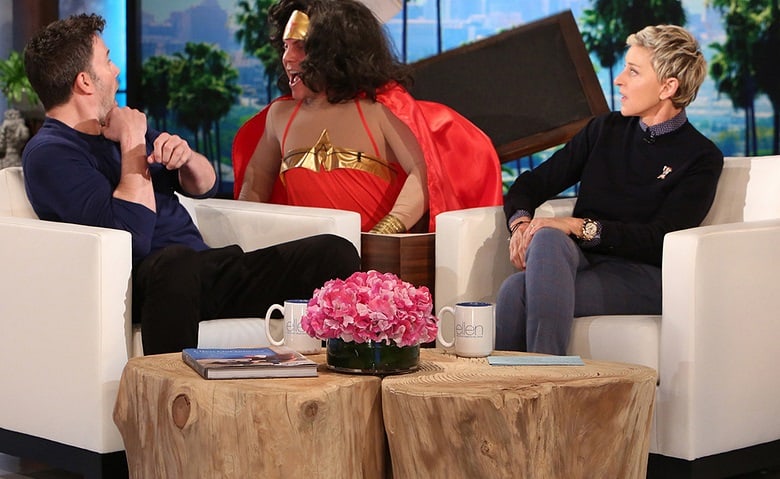 Ben Affleck was the latest Batman v Superman: Dawn of Justice star to make a guest appearance on The Ellen Show to promote the upcoming movie. However, the one person that the actor obviously didn’t expect to see there was Wonder Woman… or at least a random crew member dressed up as the superheroine.

As you probably already know, Ellen DeGeneres likes to scare some of her favorite guests everytime they make an appearance on the show, so she couldn’t resist doing that to Affleck when he dropped by to have a chat with her yesterday. Check out his hilarious reaction in the video below.

We also have a brand new clip from Zack Snyder’s Batman v Superman: Dawn of Justice, featuring Affleck as Bruce Wayne and Jeremy Irons as Alfred Pennyworth. The video is low quality, but we’ll update with a better version as soon as one becomes available. For now, you can watch the clip below. [Updated with HQ version.]