The latest image from The Falcon and The Winter Soldier offers a close-up look at the costumes for the new Dynamic Duo.

Although there’s still a few months to go until The Falcon and The Winter Soldier debuts on Disney Plus, the recent trailer from the Disney Investor presentation whipped up plenty of excitement among fans. Not only did it tease the state of the Marvel Cinematic Universe in a post-Avengers: Endgame world, but it also gave us a good look at the new costumes worn by Anthony Mackie and Sebastian Stan as Sam Wilson and Bucky Barnes respectively.

But Disney continues to tease what’s ahead for the series with a new image of Sam and Bucky, offering a detailed look at their costumes. A small detail reveals that Bucky’s leather jacket has been tailor-made to accommodate his Vibranium arm, rather than a normal jacket with one sleeve ripped off. The photo also highlights the details woven into Sam’s white, red and gray costume – which has evolved over the years to truly resemble his comic-counterpart’s design. Take a look at the new shot from the upcoming series below. 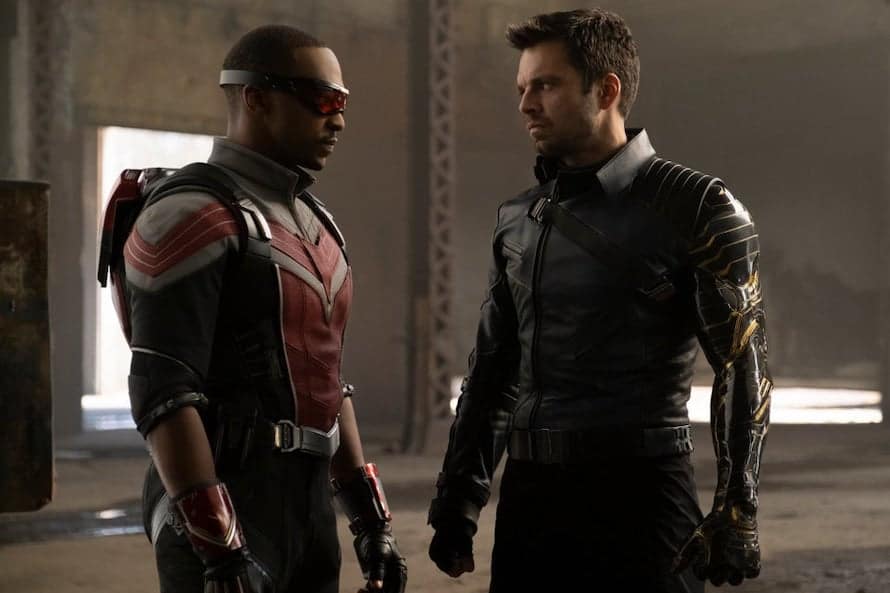 What do you think of the new costumes for Sam and Bucky? What do you want to see from the Disney Plus series? Sound-off in the comments below!

Here is the official synopsis for the upcoming Marvel Studios series:

The Falcon and The Winter Soldier will premiere exclusively on Disney Plus in March 2021. Stay tuned to Heroic Hollywood for all the latest news on the future of the Marvel Cinematic Universe and make sure to subscribe to our YouTube channel for more content!