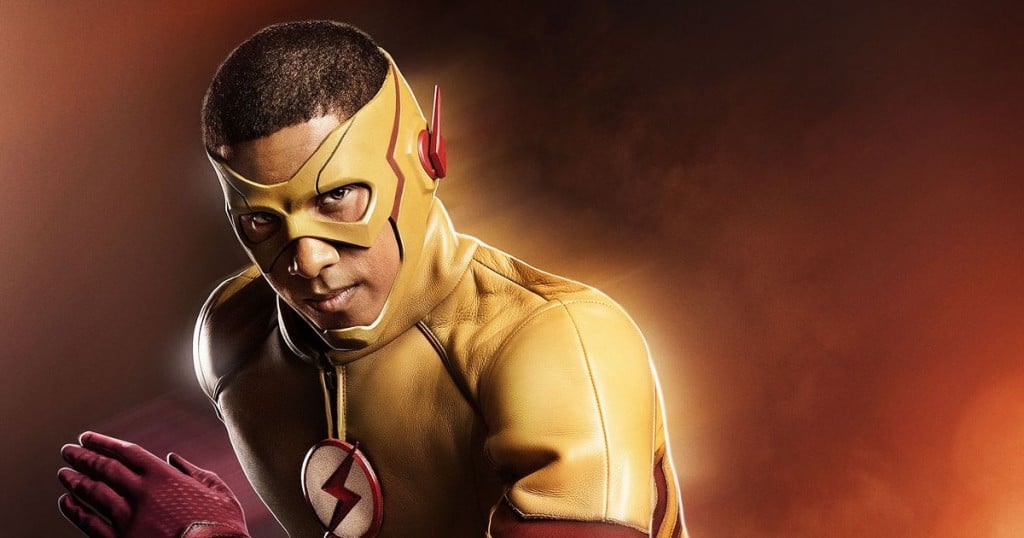 The Flash marketing is ramping up and so far the show is highlighting individual characters in short interview videos. Where is everyone in Flashpoint? What are they up to?

Keiynan Lonsdale’s Wally West has now transitioned into The Flash in the alternate timeline. “More like Kid Flash,” Barry jokes. “Don’t call me that,” Wally says, shaking his head.

Lonsdale weighs in on where his character is in season three’s first episode and how becoming The Flash in Flashpoint was a nice surprise.

The major change, and the most obvious change for Wally, is that he’s now The Flash. I wasn’t expecting it at all. I wasn’t expecting to transition into Kid Flash so soon. But because of Flashpoint, anything can happen, really. It was just exciting! As soon as I read the script for 3.01 I was into it.

There’s also a bit of new footage that can be seen in the video, including a slight continuation of the scene where Barry is sitting in what looks like Iris and Wally’s apartment talking Flash stuff with the Wests, as well as new footage showing off the cocky side of Wally’s Flash.

You can watch the interview below!

My hope is that the show maintains Wally’s superhero status post-Flashpoint and that one of the permanent changes is that he has his powers, or they’re at least on the way to developing. We’ll have to wait and see, but from what I’ve seen already of the episode, it should turn out to be a very exciting and strong premiere.

The Flash season three premieres on The CW on Tuesday, October 4 at 8/7c.