The Flash conceptual artist Andy Poon has been known to release concept art for characters of the show after they have been introduced in the series. This time, Poon has released a batch of three different concept drawings for some of the show’s speedsters and metahumans and: Kid Flash, The Rival, and Black Siren. The concept art is very similar to the finished products but there have been slight modifications between the first drafts and what we ultimately saw on screen. 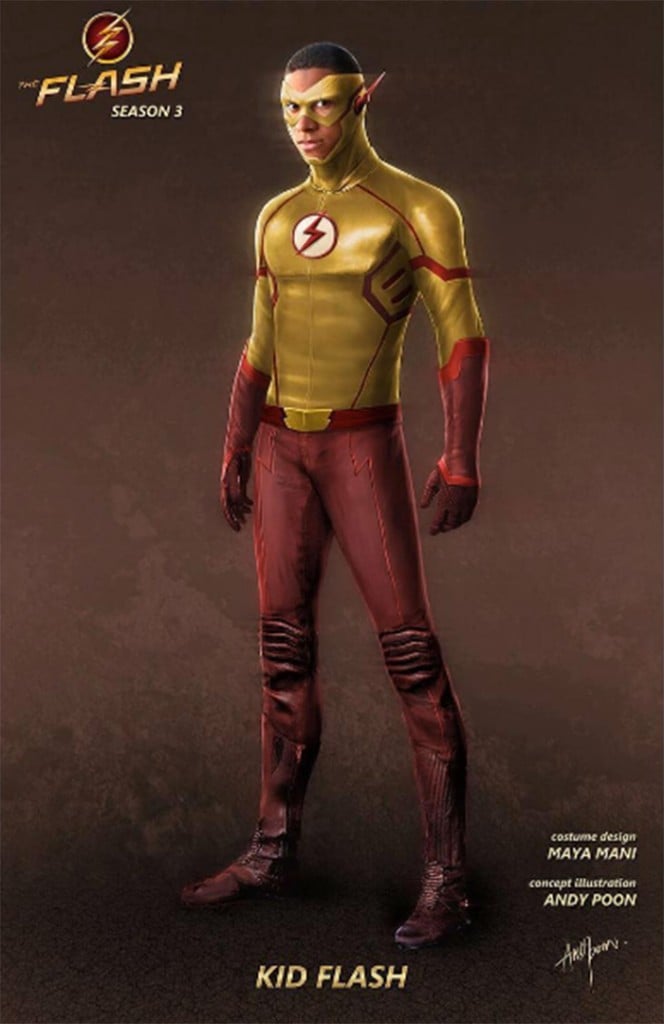 Kid Flash looks very comparable to the finished product. Wally West, Iris’ brother, ends up with superspeed in the Flashpoint timeline and in a callback to the comics he sports a yellow and red suit similar to that of the original Kid Flash. Although Wally is more reminiscent of the New 52 version, his suit is not. At least in this timeline. The concept art for Kid Flash carried over to the live action version almost flawlessly. The only real different between the art and the show suit is that the wings on the mask are noticably longer in the original art. Otherwise, the two are almost identical. 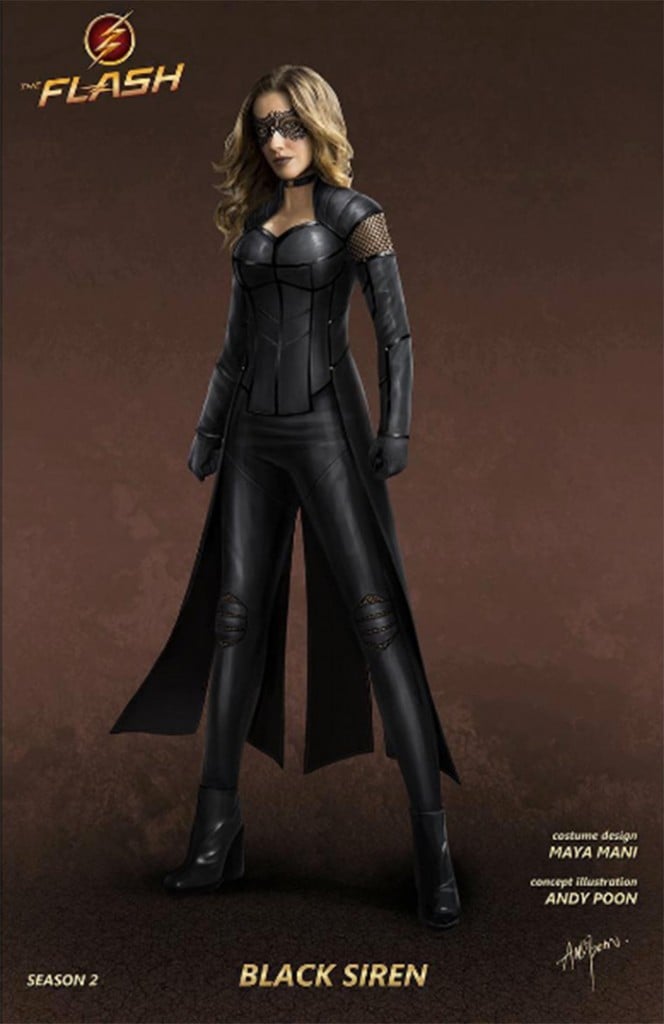 When Laurel Lance was killed in Arrow, fans knew that it would not be the last we would see of actress Katie Cassidy. We actually got to see her again very quickly, as her Earth-2 doppleganger Black Siren was released on Central City during the back half of The Flash‘s second season. She ultimately ended up in The Pipeline, but she is still alive and will most likely be seen again during season 3. The concept art for the character is very similar to the live action version, except the final version decided against the face mask and the mid area of the suit is noticably different. Otherwise, the concept art is very similar to the finished product. 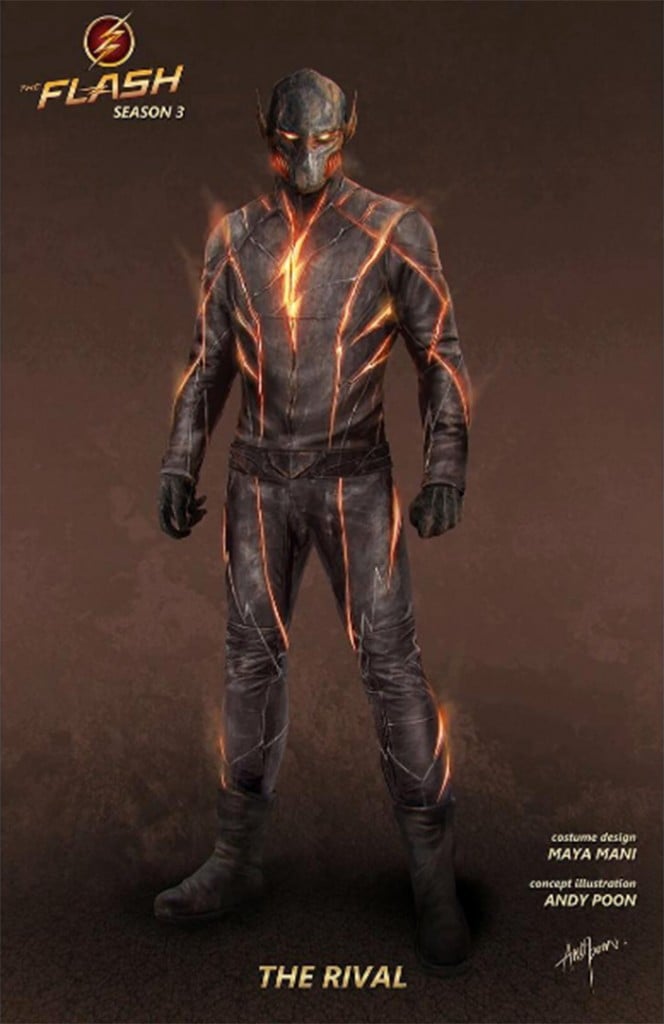 The Rival was the first antagonist from the show’s third season, and is based off of a Flash Golden Age villain from all the way back in 1949. The suit is altered significantly from the comic version, which appeared to look more like a dark version of the Jay Garrick suit, but in the concept art he is much more reminiscent of Zoom. So much so that the concept art was actually altered before translating to live action by removing the full face mask. The final version has an open mouth like that of Kid Flash. Otherwise, the concept art remained in tact for the most part.

The Flash season 3 is currently airing on the CW every Tuesday at 8 pm.