As we are getting closer and closer to San Diego Comic-Con which is kicking off next week between Thursday, July 21 to Sunday, July 24, TV Guide Magazine revealed today their four covers for the Comic-Con edition and it features some heroic faces. Two of them features The CW’s Grant Gustin and Melissa Benoist as The Flash and Supergirl respectively.

You can check out the covers below and don’t forget to pick up your copies at the Warner Bros. booth (# 4545) at the exhibit floor of Comic-Con. They will also be available digitally and on newsstands starting July 19. In addition, in case you missed it, check out when the Supergirl and The Flash panels are happening next Saturday! 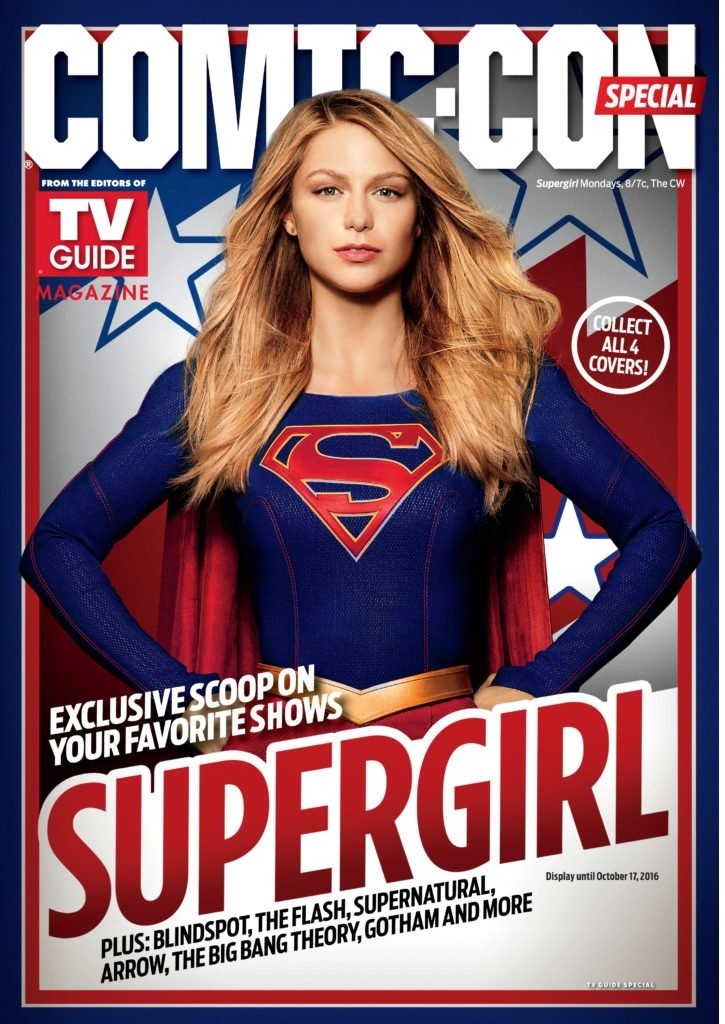 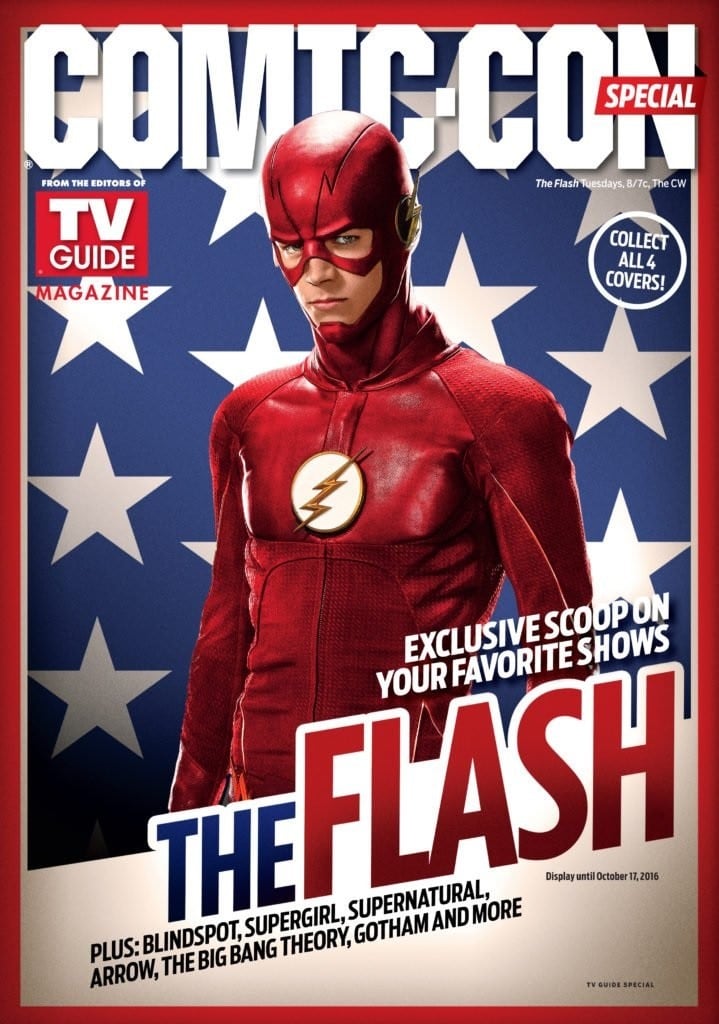 Supergirl will be returning for more supercharged adventures in the show’s new home on The CW this fall! Wondering who’s in that pod, or what will be bringing Superman to National City? Join the series’ cast and creative team for a special video presentation, followed by a Q&A where they’ll discuss these season two hot topics and more! From Berlanti Productions in association with Warner Bros. Television and based on characters from DC, Supergirl’s second season will premiere Monday, October 10, at 8/7c on The CW. Supergirl: The Complete First Season will be released on DVD and Blu-ray™ on August 9. Follow the show on Twitter at @TheCWSupergirl.  Ballroom 20

Parallel universes…and doppelgangers…and man-sharks, oh my! The second season of The CW’s highest-rated series had more than its fair share of twists and turns, but none compared to Barry Allen’s jaw-dropping decision to go back in time and save his mother from his arch-nemesis, Reverse-Flash, a decision that called the entire timeline into question. But fear not, fans, you won’t have to wait until the fall to start getting answers to some of your most pressing questions, as the cast and creative team behind the show make their annual appearance at Comic-Con to begin giving fans insight into the show’s highly anticipated third season. From Bonanza Productions Inc. in association with Berlanti Productions and Warner Bros. Television, and based on characters from DC, The Flash returns Tuesday, October 4, at 8/7c on The CW. The Flash: The Complete Second Season will be released on Blu-ray™ combo pack, DVD and Digital HD on September 6. Become a fan of The Flash on Facebook at www.facebook.com/CWTheFlash and follow the show on Twitter at @CW_TheFlash.  Ballroom 20”

The Flash Season 3 begins on Tuesday, October 4 at 8/7c with Supergirl Season 2 beginning on Monday, October 10 at 8/7c, both on The CW.