The Flash is officially only one week away from kicking off a brand new season as Barry Allen runs for his third year on The CW. One of the new players that will be introduced in the new season is Harry Potter’s Tom Felton who will be playing Barry’s CCPD rival, Julian Albert and today, Entertainment Weekly revealed the first look of Felton in character.

His character will be introduced in the second episode titled “Paradox” which will air on October 11. Felton chatted with EW about the chances of Harry Potter jokes popping up on the show even more now, due to his presence on the series, as Cisco has made several references to the beloved book franchise in past seasons.

“I’m so excited for the references. I don’t doubt the talent and creativity of the writers. I’ve got a feeling they’ll come up with some real good ones. I hadn’t thought about me saying it — I assumed it would come at me from Cisco — but maybe I should give it to Cisco. Maybe he should misquote something and I could correct him.” 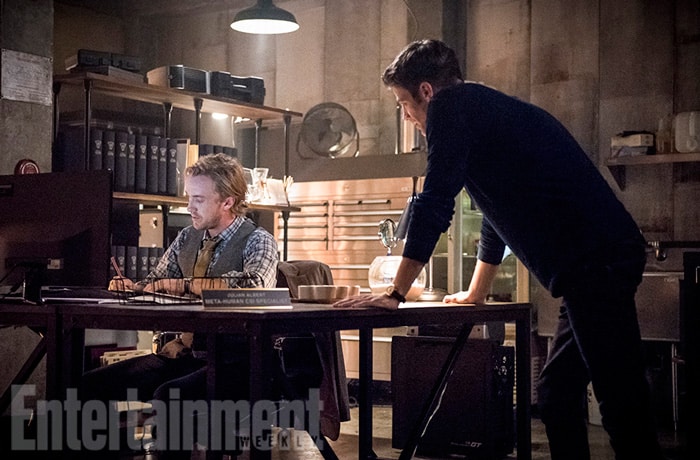 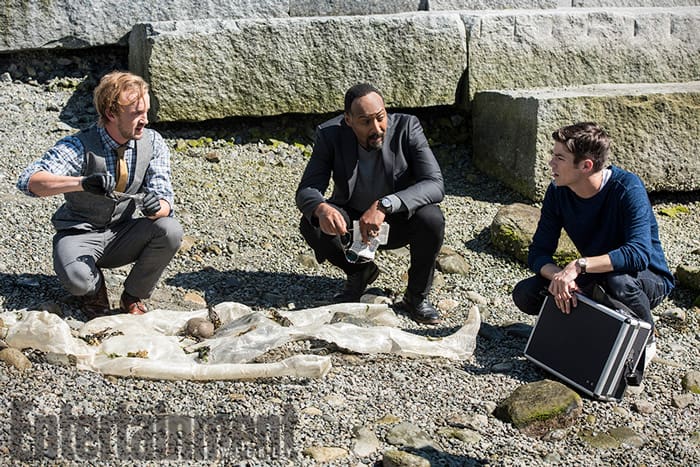