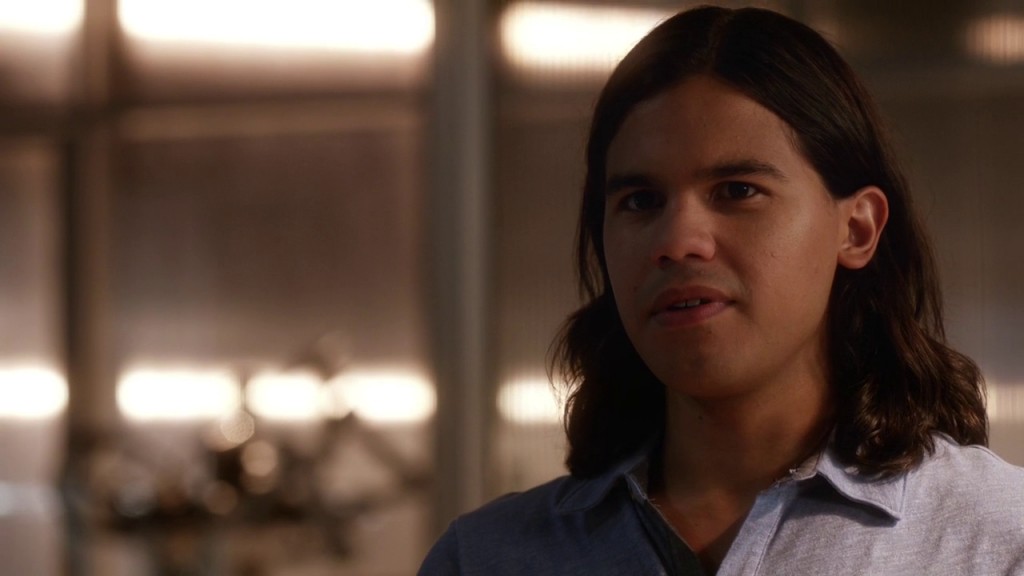 Three more days before the season three premiere of The Flash and we find out the repercussions of Barry’s decision to go back in time to save his mom.

In a new video, The Flash actor Carlos Valdes explains further how Flashpoint has affected his character, Cisco Ramon. This version of Cisco is living a very different life, with helicopters and money at his disposal. Since Barry (Grant Gustin) has created an alternate reality, Cisco has “cashed in on his talents”.

“Cisco has become a snot-nosed billionaire that heads up this giant tech company, basically. I think underneath all of that there’s still a pivotal core. He might just have a heart underneath.”

What the video also offers is new footage from the episode.

Based on the clip below, Cisco knows Iris (Candice Patton) and Wally (Keiynan Lonsdale). Are they friends? Is Ramon Industries perhaps the headquarters that Wally, as The Flash, operates out of?  It’s clear that Cisco knows about speedsters, so I’m intrigued to know the extent of his involvement.

WHAT WOULD YOU SACRIFICE TO HAVE EVERYTHING YOU’VE EVER WANTED?  — Barry (Grant Gustin) is living his dream life – his parents are alive, he’s asked Iris West (Candice Patton) on a date and he can finally be a normal guy as Central City has another speedster, Kid Flash (Keiynan Lonsdale), running around saving the city. When Barry starts forgetting parts of his old life, the Reverse Flash (guest star Matt Letscher) taunts his nemesis and tells him that there will be serious repercussions for Barry and the ones he loves if he continues to live in this alternate universe. In addition to losing his memories, his powers will also start to fade. When disaster strikes, Barry must decide if he wants to continue to live in this world as Barry Allen or return to his universe as The Flash.

The Flash is back for season three on Tuesday, October 4 at 8/7c on The CW.