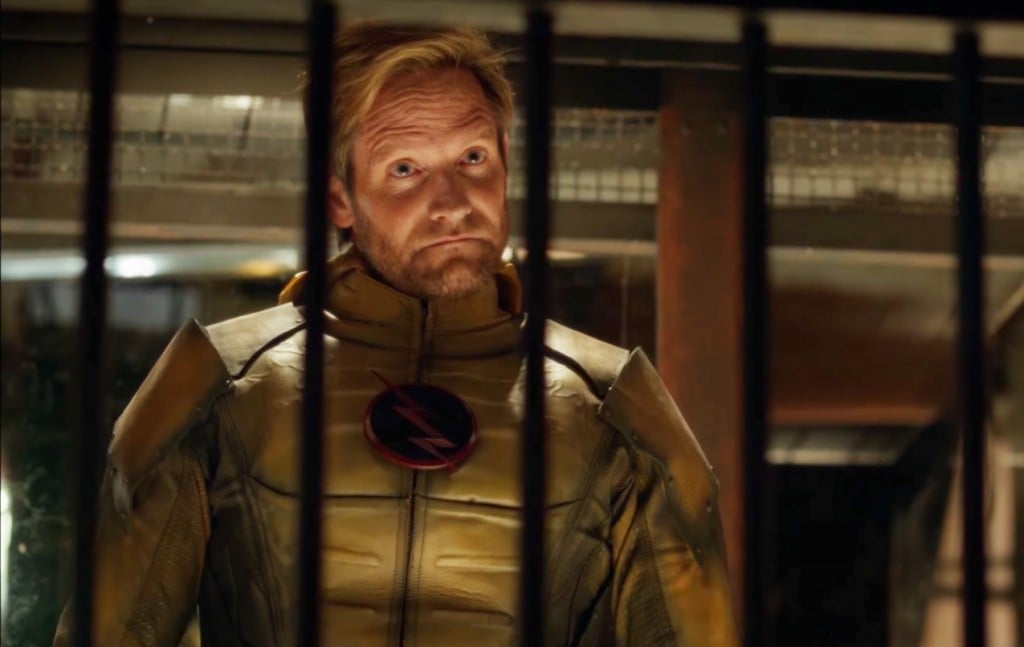 Fans of The Flash have roughly only 24 more hours to go until the premier of season 3- Flashpoint. With the countdown underway, the CW has released a 2 minute & 24 second clip from the season premier, featuring Barry and everybody’s favorite speedster villain, Eobard Thawne. Thawne has been known to be an element of the Flashpoint TV storyline, much like he was in the comics, thanks to the season 3 trailer from this summer’s San Diego Comic Con. The trailer gave us a small taste of Reverse-Flash calling out Barry as the villain for altering the timeline, while he is held under lock and key by the Scarlet Speedster.

The new clip is the full scene that was teased during SDCC, between Reverse-Flash and Barry. Reverse-Flash warns Barry about the effects of Flashpoint, and that their common enemy, time, was catching up on both of them. Check out the scene below:

Barry seems a little too content with his predicament, and Eobard Thawne seems understandably worried about what Barry has done. It’s interesting to see slight role reversal, as Thawne tries to convince Barry that what he has done is bad for the both of them. Hopefully Barry gets the message before it’s too late.

Are you looking forward to The Flash season 3? Make sure to sound of below in the comments.

The Flash season 3 premier airs on the CW tomorrow night at 8 pm!