With less than a week to go until the highly anticipated season finale of The Walking Dead, AMC has released a couple of brand new promotional images for the upcoming episode, giving us another look at Jeffrey Dean Morgan as Negan, plus his barbed-wire covered bat, Lucille. For whatever reason, we only get to see his back in the images, but rest assured, because he’s probably going to look a lot like Jeffrey Dean Morgan!

The villain will make his long-awaited debut at some point in the next episode of the series, which is titled “Last Day On Earth.” Sounds quite dramatic, but it does make sense if you consider what happened when we met Negan in the comic book series. If you’re one of the lucky few who don’t, then you may want to stay off the internet for the next few days. Regardless, you can check out the new images right below: 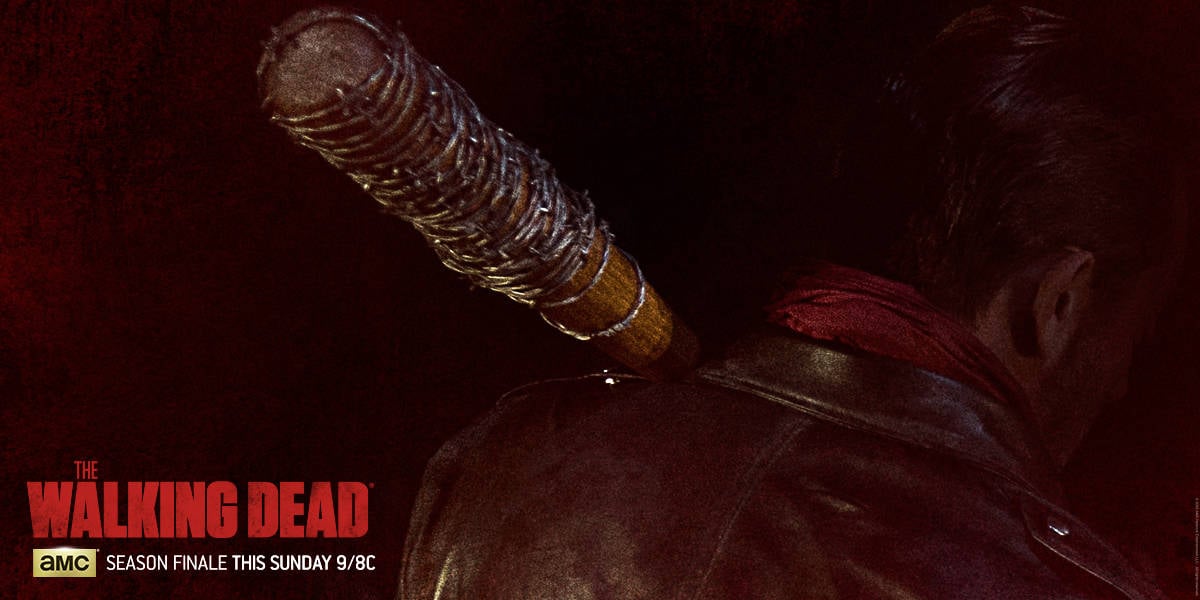 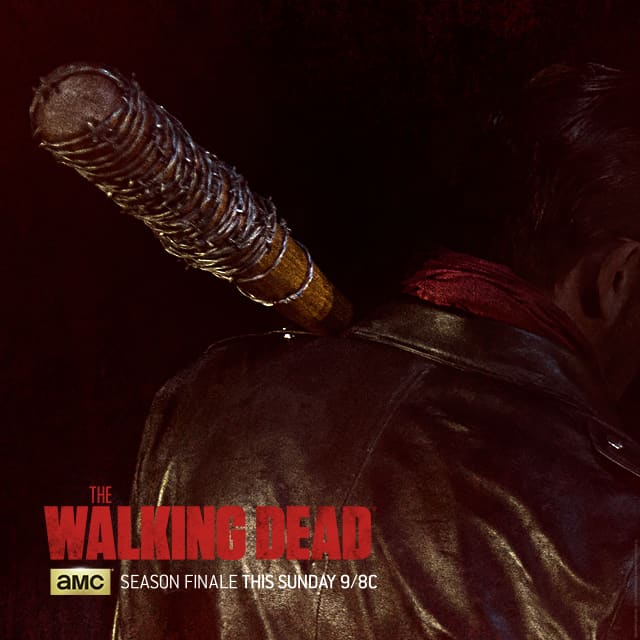 Plus, here’s the promo for the season finale, just in case you wanted to see some more of Jeffrey Dean Morgan as Negan… or at least his back.

“To save one of their own, Rick’s group must venture outside the walls; their experience changes their lives forever.”

The season finale of The Walking Dead airs on April 3rd on AMC. Are you excited?