Obviously spoilers are incoming. A lot of craziness went down on last night’s midseason finale of The Walking Dead. Henry got a bit drunk, Negan escaped his cell, a terrible storm arrived, the Whisperers made their grand debut, and one of our heroes ended up dying in the process. If you recall, a few episodes ago, we saw Eugene and Rosita hiding from walkers that appeared to be whispering to one another. While Rosita was taken back to Hilltop, Eugene was still on his own until found and rescued by Daryl, Jesus, Aaron, and Dog. Yes, Daryl’s dog is named “Dog.”

When the four found him, Eugene confirmed that not only were the dead speaking, but the herd had already passed by his location twice. When has a herd of walkers ever doubled back unless they were attracted by some sort of sound by their victim? And given that Eugene was hiding under floorboards in a shed, chances are he didn’t make a sound. But to the surprise of Aaron, Jesus, and Daryl, the herd did indeed arrive. And this herd didn’t behave like a normal herd, as in they didn’t react when Daryl and his dog made sounds to attract them.

Anyway, I’m burying the lede here. So Aaron, Jesus, Daryl, and Eugene arrive at a graveyard and find themselves surrounded by approaching walkers. They fight off as many as they can and soon receive help from Michonne and Magna’s group, but this is where things took a darker turn on The Walking Dead. As Jesus cut his way through walkers, one of them managed to not only dodge his sword swipe, but then pierce the swordsman and whisper to him that he was where he wasn’t supposed to be.

And like that, Jesus was left to die, much to Aaron’s horror, while the others still found themselves surrounded in the thick fog by walkers on every side. It’s another radical departure from The Walking Dead comic series, where Jesus is alive and well, but also came just when Aaron and Jesus’ friendship was continuing to develop. Like the death of Eric, this will no doubt be a motivator for Aaron, but this death also leaves the Hilltop in flux. After all, Jesus was voted leader after Maggie left, with Tara as his second-in-command. So looks like she might be running the show.

The Walking Dead will return on Sunday, February 10, on AMC. 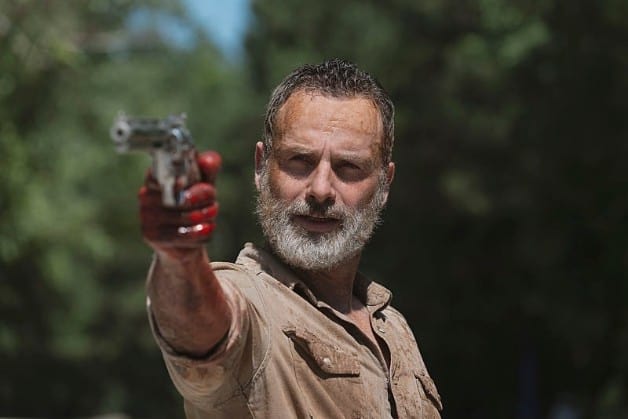 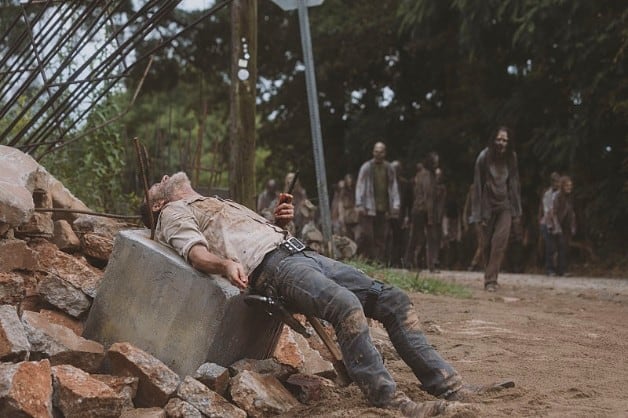 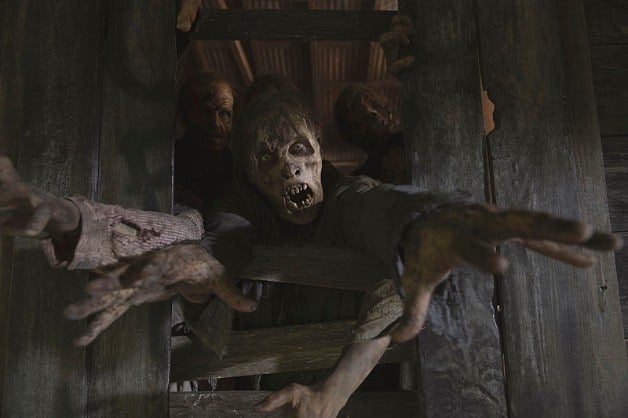 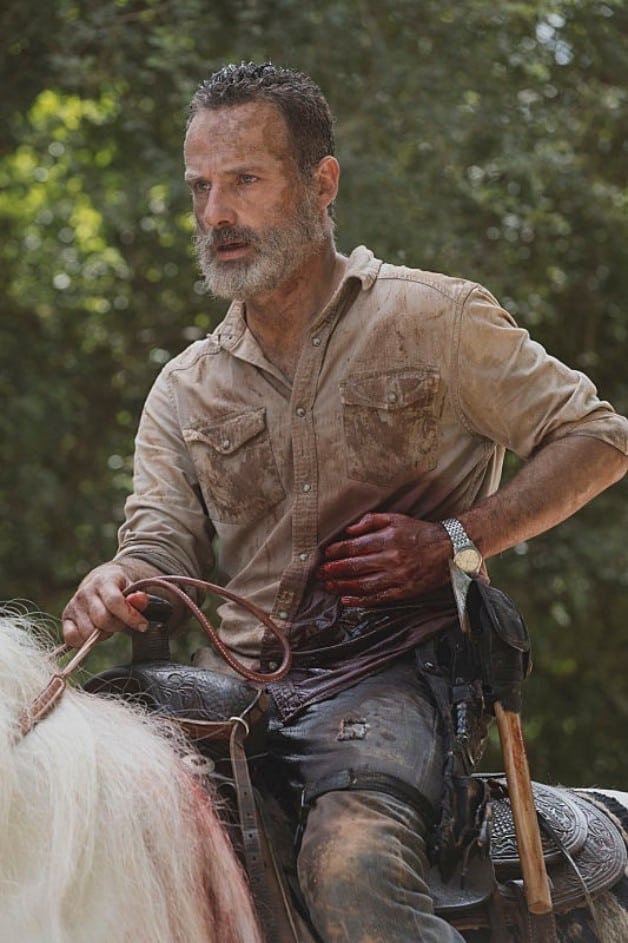 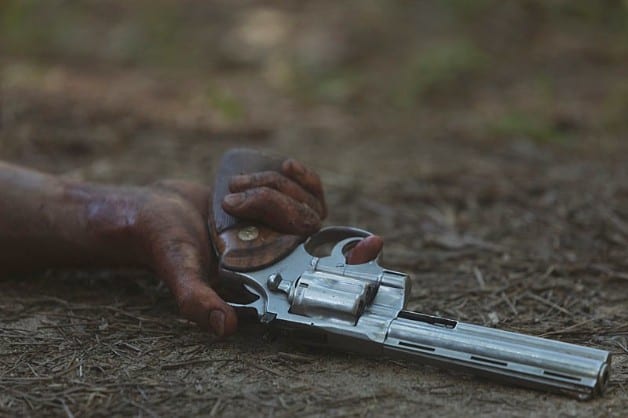 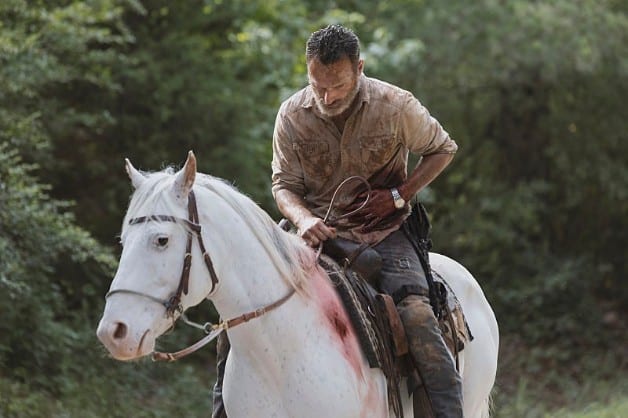 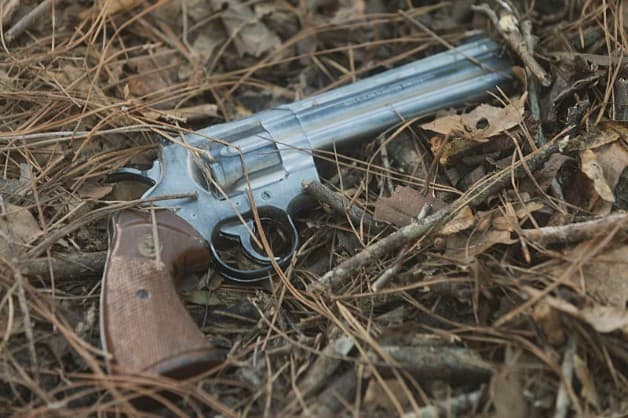 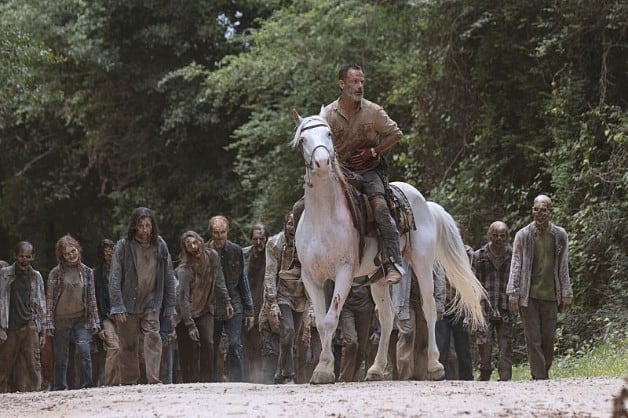 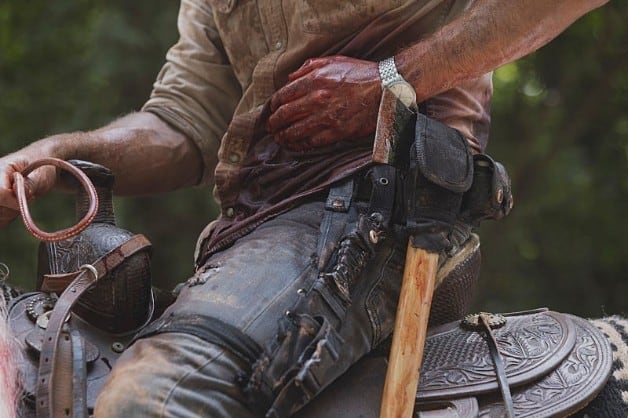 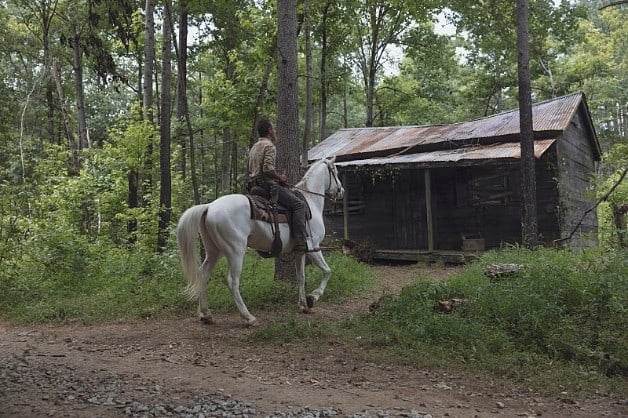 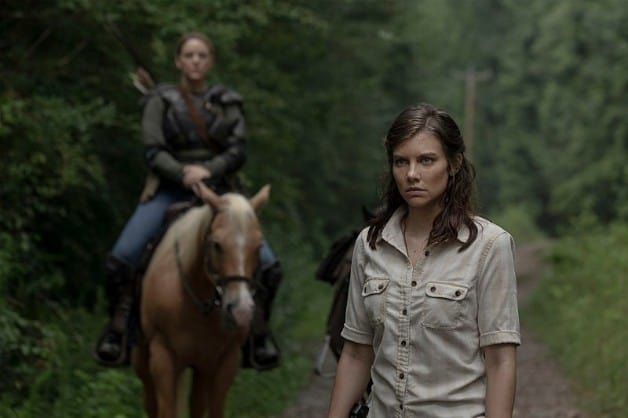 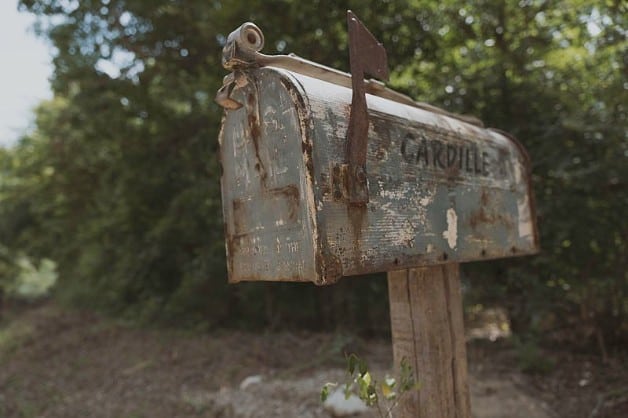 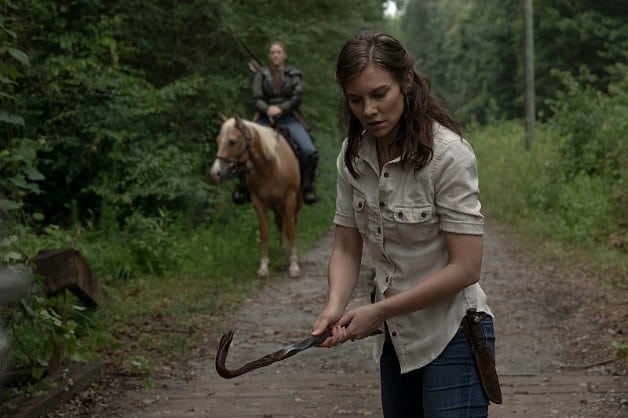 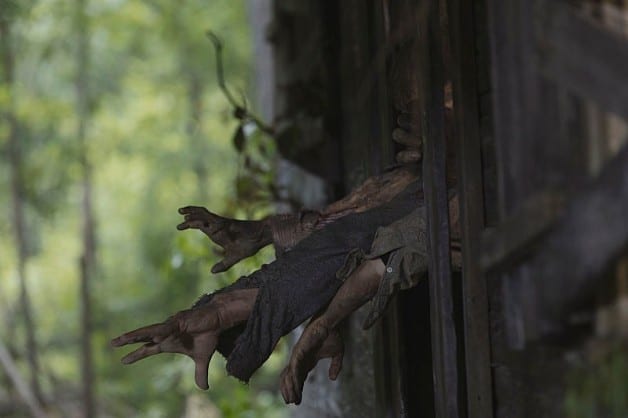 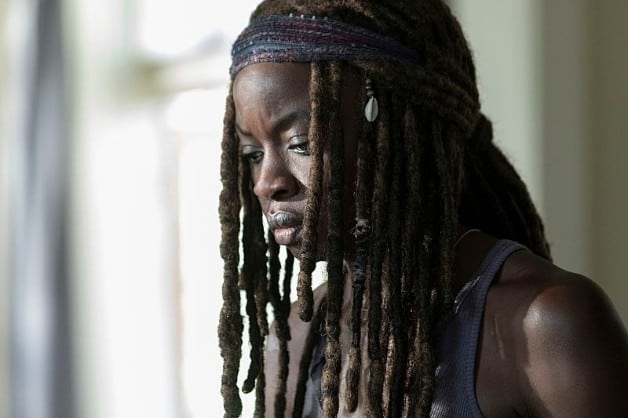 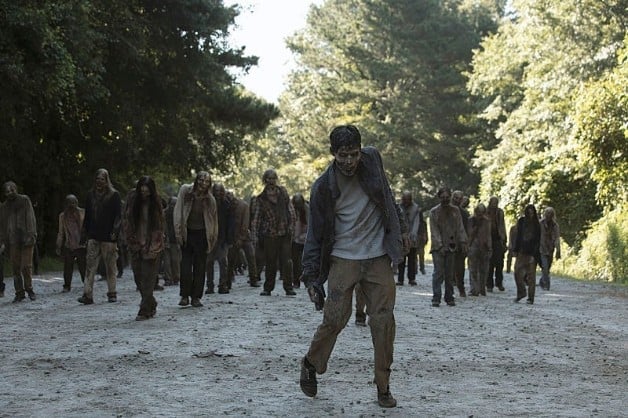 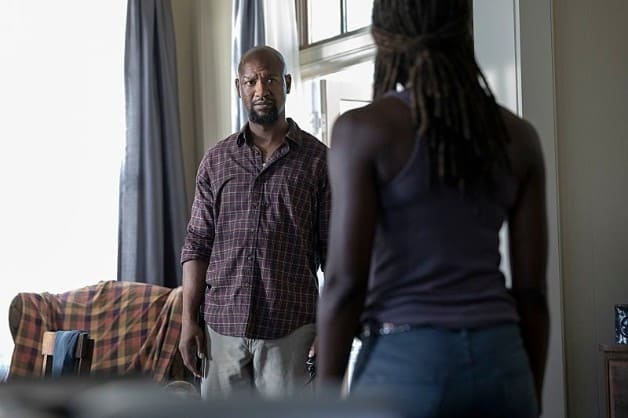 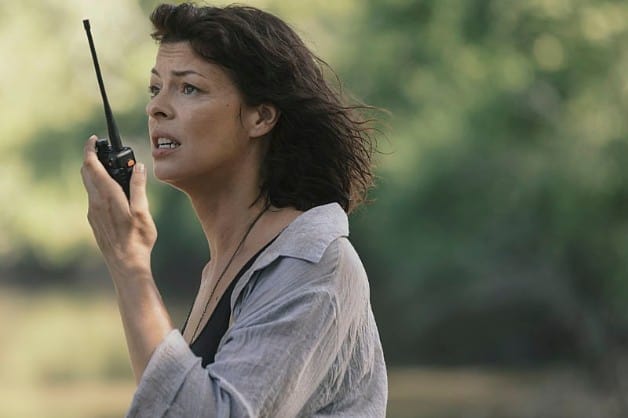 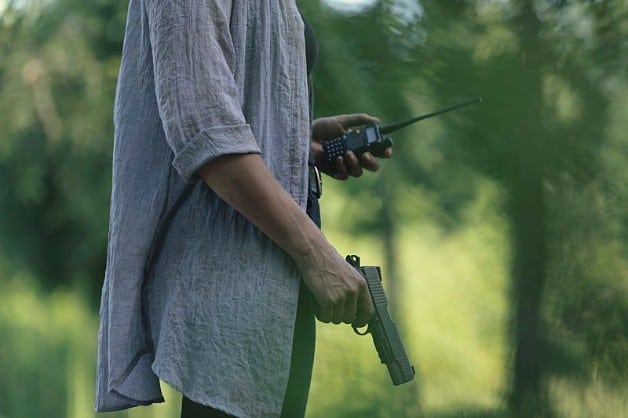 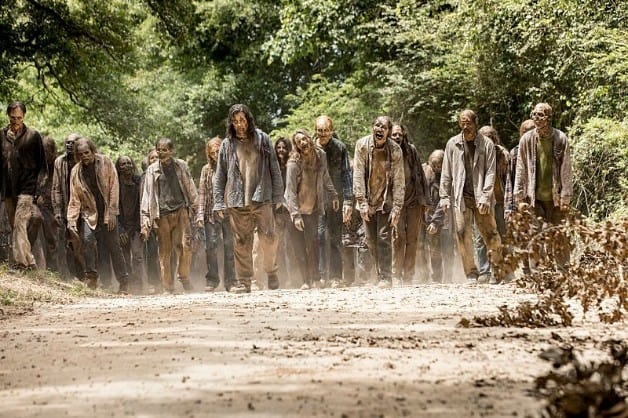 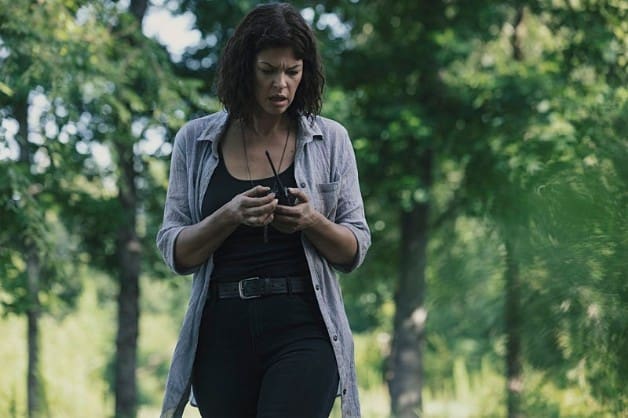 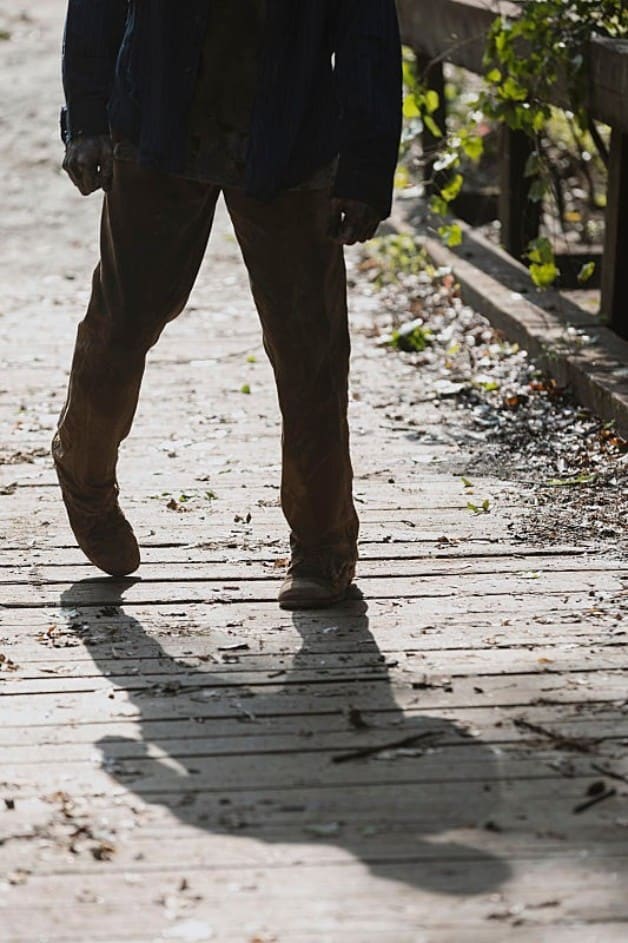 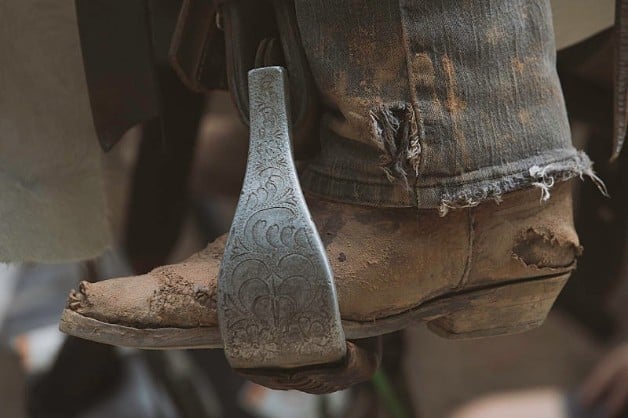 Previous1 of 31Next
VIEW IN GALLERY