Film adaptations of popular video games have always had a rough history. From the critically destroyed Super Mario Bros. of the early 90’s to the never ending Resident Evil series, Hollywood has constantly looked towards successfully adapting these lush stories onto the silver screen. While some have been more successful than others, the Los Angeles-based production company Straight Up Films is looking to add their name to the list of video game adaptation successes.

The Hollywood Reporter broke the news an hour ago that Straight Up Films has acquired film rights to the Square Enix’s franchise “Thief” with the screenwriting team Adam Mason and Simon Boyes (Misconduct, Not Safe for Work) penning the upcoming film. Marisa Polvino and Kate Cohen of Straight Up Films will produce the feature adaptation, along with Roy Lee of Vertigo Entertainment, Adrian Askarieh of Prime Universe, Straight Up Films’ president of production Sandra Condito as the films executive producer, and Khalid Jones of Source Rock and Square Enix. 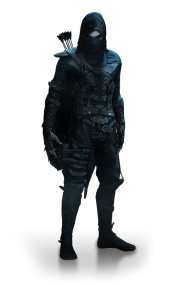 For those who don’t immediately recognize the property, the original Thief game titled “Thief: The Dark Project” was developed by Eidos-Montréal in 1998, followed by “Thief II: The Metal Age” in 2000, “Thief: Deadly Shadows” in 2004, and most recently a pseudo reboot/sequel titled “Thief “in 2014. The game series follows the protagonist “Garrett,” a master thief in a fantasy-steampunk world as he often battles an overpowered tyrant and his soldiers.

Despite the fact that the most recent game was critically panned, the series itself has a tremendous cult following and can be considered one of the pioneers of stealth games.  While some may disagree, Thief has often been cited as one of the biggest inspirations to future stealth games like Splinter Cell and Assassin’s Creed (which is getting it’s own film adaptation later this year).

While the film doesn’t currently have a distributor, Straight Up Films has already brought together a strong team to bring audiences into the amazing world of ‘Thief’ and will likely prove themselves as being one of the exceptions to the video game adaptation curse.