Empire Magazine has revealed the exclusive limited edition for their latest subscriber only issue which is centered on the upcoming Thor: Ragnarok film.

The magazine tasked current illustrator of Marvel’s Thor comics, Russell Dauterman to create the new cover which features the God of Thunder up against Hela, the Goddess of Death who threatens to destroy his home of Asgard in the new film. The new subscriber-only issue will be arriving at the doorsteps of the magazine’s subscribers in the coming days while the newsstand edition will be available beginning August 17.

You can check out the limited edition artwork below. 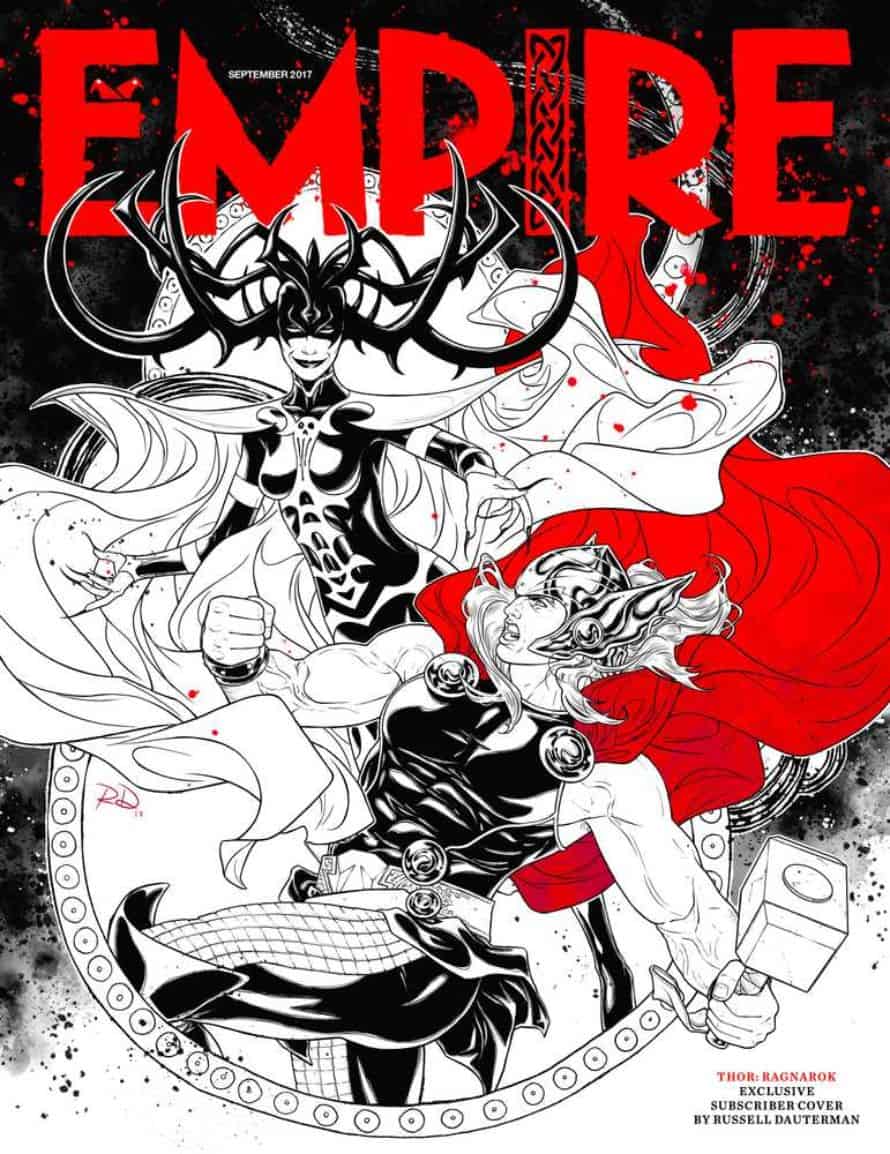