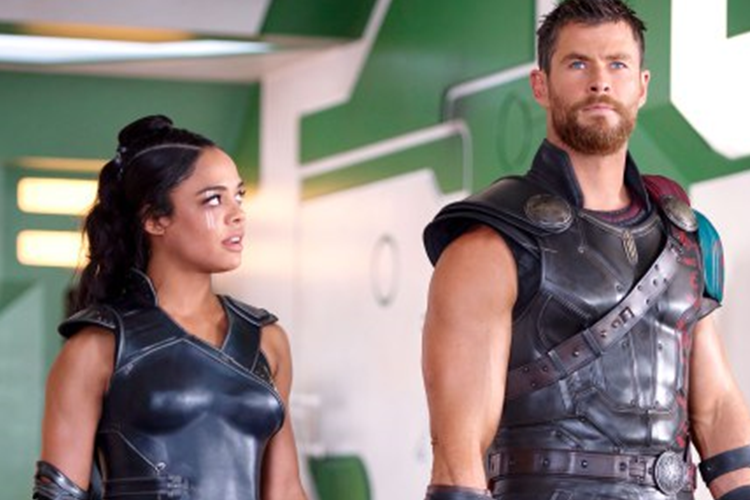 Well, you probably didn’t see this comparison coming. We’ve known for a little while that Thor: Ragnarok was going to strive to be a little more humorous than previous entries, and now Director Taika Waititi’s has attempted to equate his film with a very specific cult classic.

“Big Trouble in Little China was one of those films where Jack Burton is a buffoon but he’s lovable and you’re with him the entire way. I thought Thor has got to be the one you want to be with in every scene.”

That’s right. Apparently, Waititi even showed this film when he pitched his idea for the third Thor film. While it may not be an outright comedy, it looks like there will be a number of moments that will at least make you smile. If you’re unfamiliar with Big Trouble in Little China,  here is the synopsis for the 1986 movie:

Jack Burton, a tough-talking, wisecracking truck driver whose hum-drum life on the road takes a sudden supernatural tailspin when his best friend’s fiancee is kidnapped. Speeding to the rescue, Jack finds himself deep beneath San Francisco’s Chinatown, in a murky, creature-filled world ruled by Lo Pan, a 2000-year-old magician who mercilessly presides over an empire of spirits. Dodging demons and facing baffling terrors, Jack battles his way through Lo Pan’s dark domain in a full-throttle, action-riddled ride to rescue the girl.

Without seeing the movie, it’s hard for me to even imagine how this relates to Thor, but everything about Ragnarok looks good, so I’m okay with it. Even though, this synopsis of Big Trouble in Little China makes it sound like a camp comedy of some sort Waititi explains that Ragnarok will not have that sensibility.

“It’s not really a comedy. There are some really great moments we’re going to have in the film. Knowing that it was Bruce Banner and Thor on kind of a road trip journey, that lends itself to a tone because those guys are both really funny. I was like you gotta exploit Chris’ comic abilities. He’s so good and underutilized in that department. He’s legitimately one of the funniest things in this film.”

As more information continues to flow in about Thor: Ragnarok and the sequel to Big Trouble in Little China (okay, probably not that), keep coming back to Heroic Hollywood.