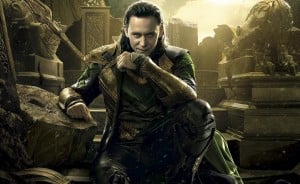 Thor: Ragnarok will introduce several new worlds and characters to the Marvel Cinematic Universe and fans each have their own aspect of the film that excites them most. In an interview with MTV International, star Tom Hiddleston discussed the stakes in the upcoming film and praised the work of his new co-stars.

When asked what excites him most about Thor: Ragnarok, Hiddleston pointed to director Taika Waititi’s vision for the film.

“Taika Waititi’s vision is incredible and in Norse mythology, Ragnarok means ‘the end of everything’. It’s the end of the world, the universe, time and space, so the stakes are quite high. Without revealing too much, the way that happens; the way it begins, it is just gonna be spectacular.”

Hiddleston also praised the work of his new co-stars who will be introduced in the next Thor adventure.

“There are three or four new actors in it, which I think brought something completely brilliant and unique to it. Cate Blanchett, Jeff Goldblum, Karl Urban, and Tessa Thompson.”

Who or what are you most excited to see in the film? Share your thoughts below!

In Marvel Studios’ “Thor: Ragnarok“, Thor is imprisoned on the other side of the universe without his mighty hammer and finds himself in a race against time to get back to Asgard to stop Ragnarok – the destruction of his homeworld and the end of Asgardian civilization – at the hands of an all-powerful new threat, the ruthless Hela. But first he must survive a deadly gladictorial contest that pits him against his former ally and fellow Avenger – the Incredible Hulk!