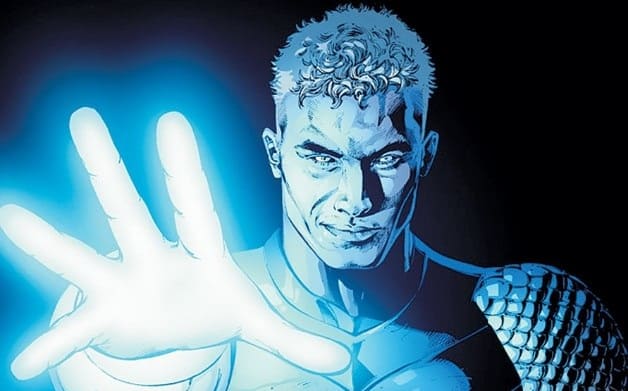 Titans star Chella Man, who is playing the superhero Jericho in the upcoming second season, shared a new photo that may have revealed a major location.

The photo features Chella Man’s character Jericho, a superhero who can possess others by making eye contact with them. The character is the son of Deathstroke. In the picture, Jericho appears to be in a pod inside the Titans Tower, a central location in the Teen Titans comics. Here’s a look at the photo:

Back in March, Chella Man was cast as the major character. This will be the actor’s debut role. Chella Man is a deaf and transgender activist, which will serve perfectly for the role of the mute and bisexual superhero Jericho. The DC character made his debut in Tales of the Titan #43 and served as a major member of the Teen Titans.

What do you think of this image? Is Chella Man standing inside the Titans Tower? Are you excited to see him portray Jericho in the upcoming season? Do you hope to see the Titans Tower in the next season of Titans? Let us know your thoughts in the comments below!

Chella Man will portray Jericho in the next season of Titans. Here is a synopsis for the series:

Titans is now available exclusively on DC Universe in the U.S. and on Netflix internationally. Also, Swamp Thing and Doom Patrol‘s first season are currently streaming on DC Universe. A Stargirl series is currently in development and expected to premiere on the streaming service sometime next year. Stay tuned to Heroic Hollywood for the latest news on DC Universe.