DC Entertainment has released the first look at Brenton Thwaites as Robin in the upcoming DC television series Titans. Check it out below: 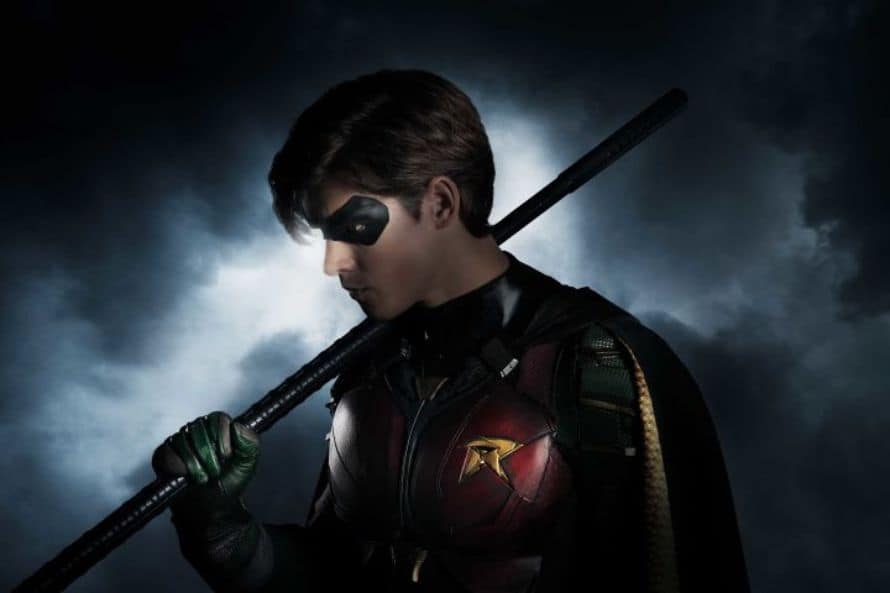 Pirates of the Caribbean: Dead Men Tell No Tales star Brenton Thwaites is the Boy Wonder and is seen here holding his staff in his updated suit, which was designed by Laura Jean Shannon (Black Lightning, Iron Man).

What do you think of Robin’s look in Titans? Let us know in the comments below!

Titans follows a group of young superheroes from all over the DC Universe as Dick Grayson emerges from the shadows to become the leader of a fearless team known as the Titans. The series was written by DC creative chief officer Geoff Johns, Akiva Goldsman and Greg Berlanti. The Machinist helmer Brad Anderson is directing the pilot. Starfire (Anna Diop), Raven (Teagan Croft), and Beast Boy (Ryan Potter) will also be joining the cast, as well as Alan Ritchson and Minka Kelly who will also appear in the roles of Hawk and Dove.

The series is set to premiere its 13-episode first season next year. Stay tuned for more news on Titans as we learn it, and make sure to subscribe to our YouTube channel for more content!