Walters makes his debut on the DC Universe series this week as Jason Todd who takes up the mantle of Robin after Dick Grayson leaves his life of crimefighting with Batman behind. While the actor gets to don his own version of the costume in Titans, he couldn’t pass up the opportunity to take a photo with the version of the iconic costume from the current DC Films franchise. Check it out below! 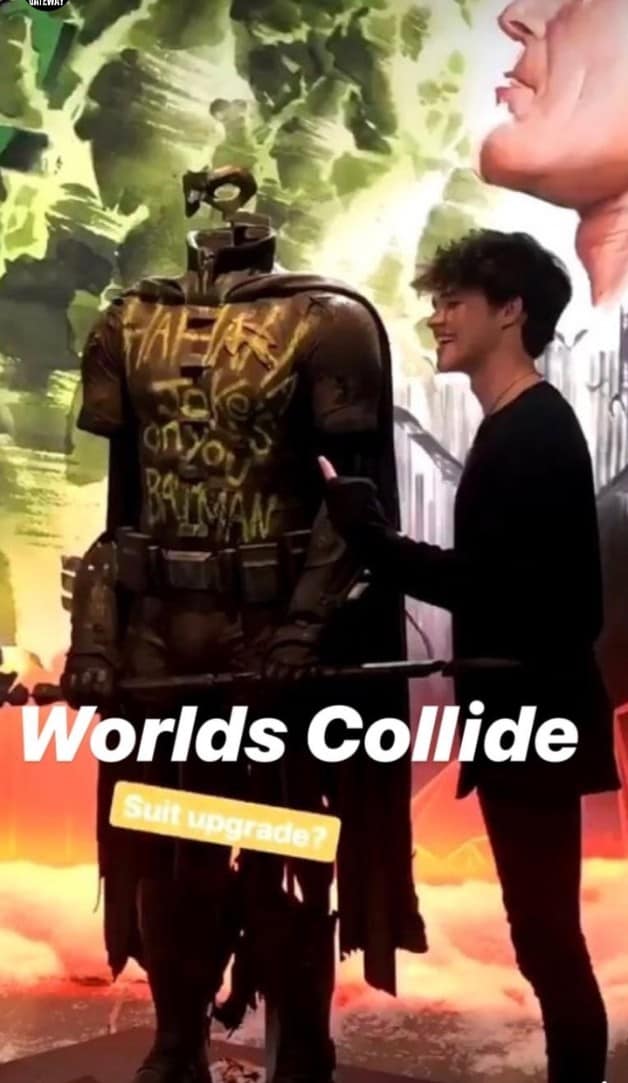 The series continues this week with “Jason Todd” and you can read the official synopsis below!

Before Dick can reunite with The Titans, he reluctantly teams with Jason Todd (recurring guest star CURRAN WALTERS), the new Robin, to catch a serial killer targeting performers from Dick’s surrogate circus family from when he was a member of the Flying Graysons. But Jason’s perspective on Bruce Wayne forces Dick to reexamine the truth behind their falling out.