Skip to content
by Francisco Solano Olarte on June 15, 2019

Actress Minka Kelly surprises us once again with another behind the scenes picture, showing us her Dawn Granger a.k.a. Dove suited up for the second season of DC Universe’s Titans.

Even though Alan Ritchon’s Hawk and Minka Kelly’s Dove appeared in DC Universe’s Titans as a sort of complement to Dick Grayson and the other teen superheroes in season one, the truth of the matter is that their story was very resonating for fans. The fact that Alan Ritchon’s Hawk and Minka Kelly’s Dove are dealing with real-life issues and being constantly antagonized by them made Titans’ first season feel a lot more human.

Even though Robin, Starfire, Beast Boy, and Raven will have to deal with Trigon, Deathstroke, Superboy and probably Batman in Titans season two, we have yet to discover how Alan Ritchon’s Hawk and Minka Kelly’s Dove will factor in. In the meantime, Minka Kelly keeps giving us inside looks at the production on the second season. Minka Kelly recently shared this BTS picture of her, giving us a new look at Dove’s suit back for the next season: 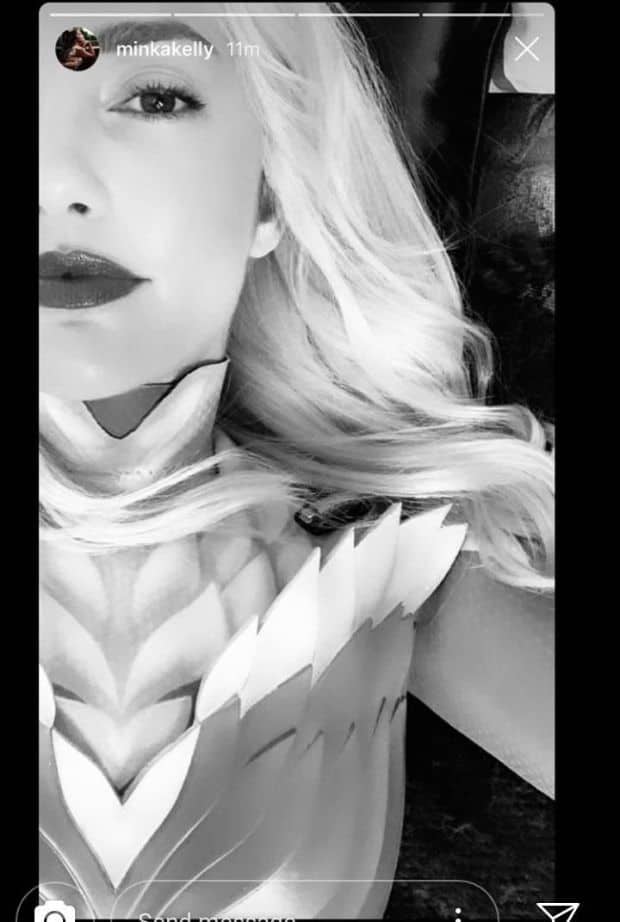 What role will Alan Ritchon’s Hawk and Minka Kelly’s Dove play in Titans season two? Sound off in the comment section down below!

Titans is now available exclusively on DC Universe in the U.S. and on Netflix internationally. Titans has been renewed for a second season on DC Universe, although no release date has been confirmed yet. Also, Doom Patrol and Swamp Thing’s first season’s are currently streaming on DC Universe. Stargirl is currently in development and are expected to come out later year on DC’s streaming platform.

Stay tuned to Heroic Hollywood for more on Titans, Minka Kelly and the future of DC Universe as it unfolds!