The first trailer for Titans Season 2 might feature a quick glimpse at a fan favorite Young Justice character, who could be making a surprise appearance in the upcoming season.

Based on the newly released trailer, Titans Season 2 appears to be opening up their corner of the DC Universe by introducing even more heroes like Aqualad and Superboy. Both are also prominent in the beloved animated DC Universe series, Young Justice, and another could be appearing in live-action on Titans as well.

The Titans Season 2 trailer features a moment where Wonder Girl and Starfire are fighting someone in the streets. There is a quick shot in the trailer where you can make out a figure who appears to be sporting a blue cape and skirt. Of course, one popular guess going around is that it’s Young Justice‘s Miss Martian. The mysterious character also looks to be sporting red hair and possibly green skin. You can check out the screengrab below: 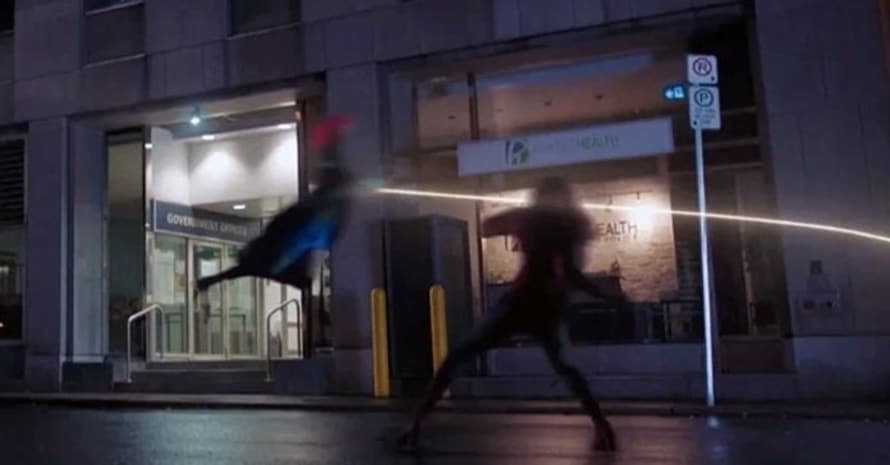 Do you think this is Young Justice‘s Miss Martian? Is there another Young Justice character you hope to see on Titans? Comment below!

Here is the synopsis for Titans: