During the season 2 premiere of DC Universe’s Titans, fans finally get a first look at how Trigon (Seamus Dever) looks in his true form.

Seamus Dever has had a recurring role in Titans as Trigon in his human disguise. Trigon is the father of Rachel Roth (Teagan Croft) and during the season 2 premiere, aptly titled “Trigon” we finally see the character in his true form, similar to his comic book design but reimagined in live-action form.

You can take a look at Trigon in his true form down below, courtesy of DC Universe: 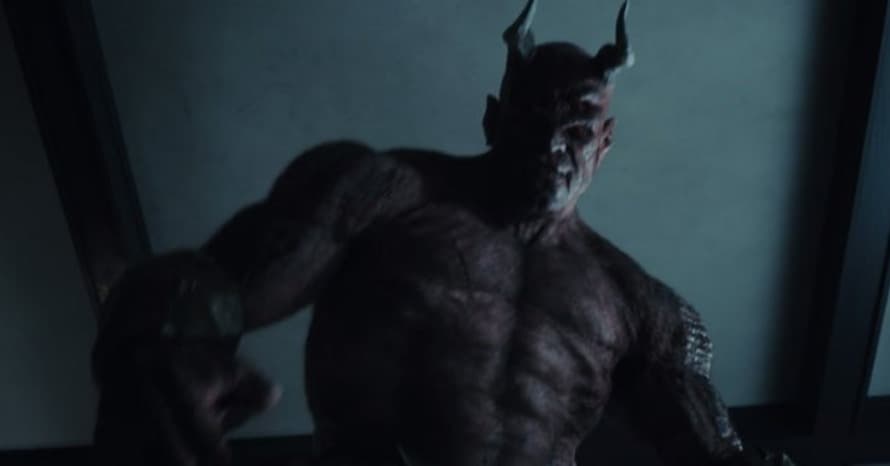 In the season 2 premiere, Trigon finally takes on his true form when he rips out Raven’s heart and turns it into a red crystal that grants him the power to transform into the design more similar to how he’s been portrayed in the comics.

What do you make of this design? Are you happy that we have finally seen the true form of Trigon? Sound off in the comments below, and be sure to continue following Heroic Hollywood for all the latest news regarding Trigon, Titans and DC Universe.

Here is the official synopsis for Titans season 2:

Titans stars Brenton Thwaites as Richard “Dick” Grayson / Robin, Anna Diop as Koriand’r / Starfire, Teagan Croft as Rachel Roth / Raven, and Ryan Potter as Garfield “Gar” Logan / Beast Boy. The series is also making a few additions for its sophomore outing, with Joshua Orpin and Esai Morales playing Superboy and Deathstroke, respectively, while Chella Man and Chelsea Zhang have also joined Titans as Deathstroke’s children. Natalie Gumede has signed on to play Mercy Graves and Game of Thrones star Iain Glen is on board as Bruce Wayne, a.k.a. Batman.