Toho has officially announced that a Godzilla anime film will arrive next year.

The currently untitled project will be released through Polygon Pictures. It will be directed by Kobun Shizuno (Detective Conan, Knights of Sidonia) and Hiroyuki Seshita (Ajin: Demi-Human) from a screenplay by Gen Urobuchi (Psycho-Pass, Fate/Zero).

Shizuno had the following to say about the movie:

“We’re aiming to make a big-scale animation entertainment that people who love Godzilla and people who know nothing about him can both enjoy.”

There are currently no other details on the movie except for a piece of concept art, which was released this morning on an official website that went live shortly after the announcement. The artwork shows three people in spacesuits next to a spacecraft, meaning that the anime will likely be set in a futuristic setting, unlike Toho’s latest Godzilla movie, Shin Godzilla (also known as Godzilla Resurgence), which is set in modern day Japan.

You can check out a high-res version of the artwork below. 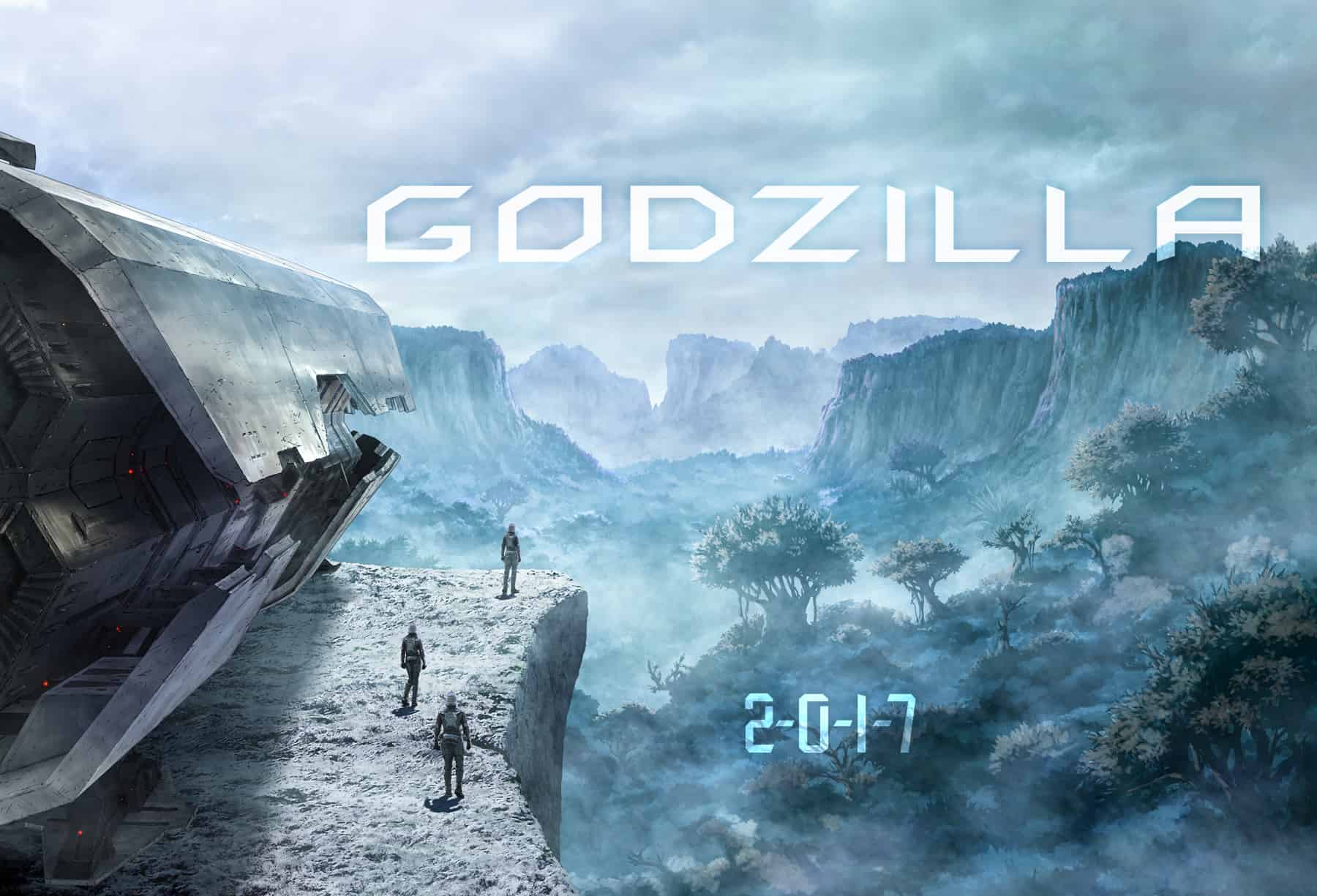