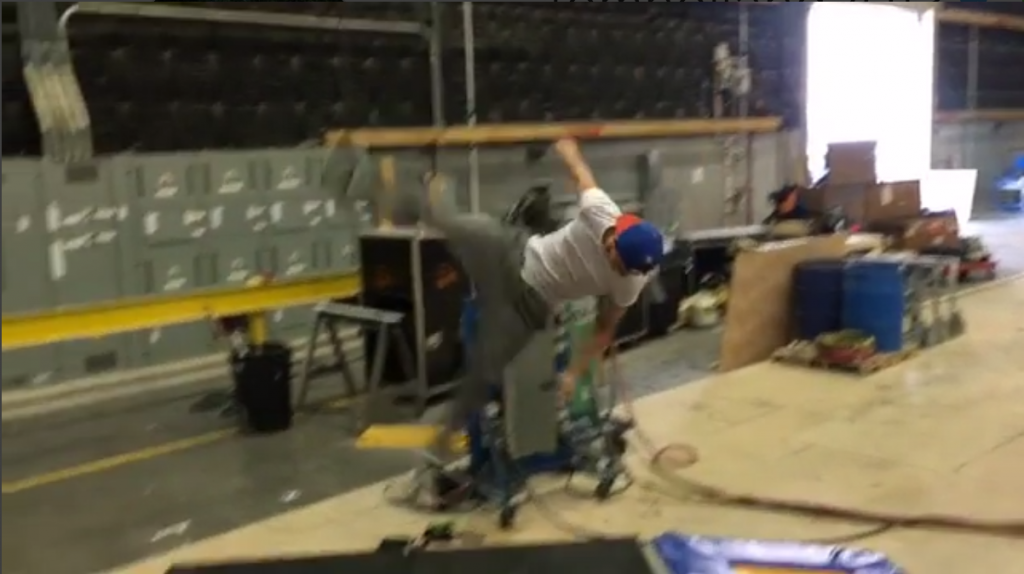 Before he was cast as our friendly neighborhood Spider-Man in the Marvel Cinematic Universe, actor Tom Holland had many videos on his Instagram that featured him doing his own acrobatic stunts. Not to mention he also has a background as a dancer, having performed the lead role in Billy Elliot: The Musical. Fans would be given a sense of comfortability that not only would Holland provide a new, younger Peter Parker, but also one that can potentially do his own stunts.

Holland looks to be amping up his training now, with this new video he shared on his Instagram account. The video may remind you of another clip that Chris Hemsworth shared recently of him training, only to not get the stunt down at all. Here, Holland shows his former In the Heart of the Sea co-star what’s up, even calling him out at the end. Check out the video below.

Talk about sticking the landing! I can already envision him in the suit doing that stunt, and my heart is soaring with hype. Fans fell in love with Holland’s Spider-Man in Captain America: Civil War. If the small taste of Spidey we got from that film was any indication, we have nothing but confidence in what Spider-Man: Homecoming will provide for us.