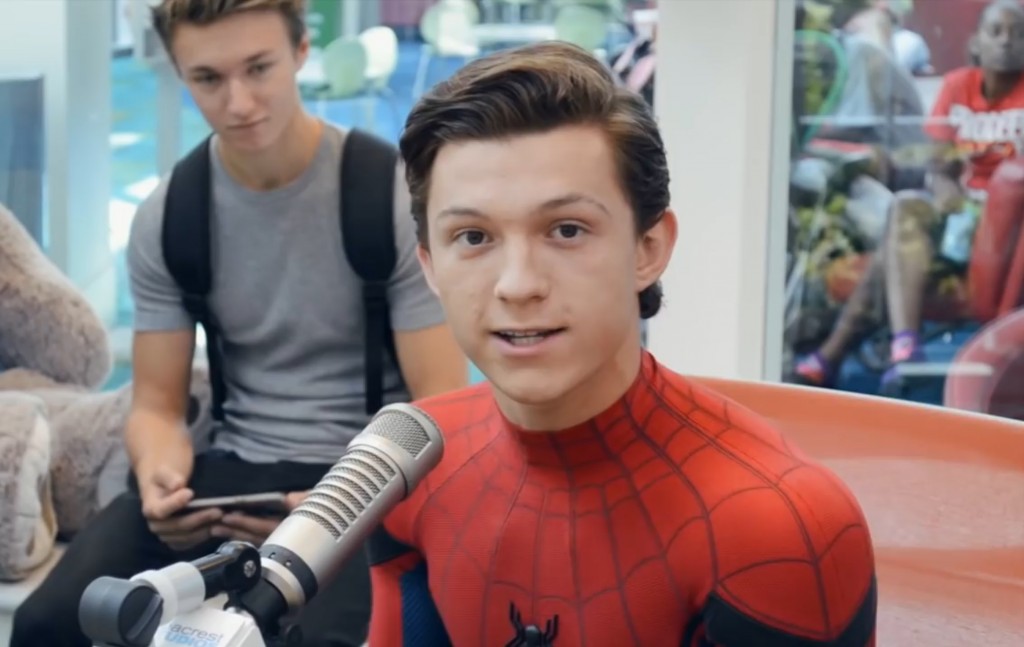 Tom Holland suited up as Spider-Man for a visit to Children’s Healthcare of Atlanta, where he visited and signed autographs for kids and their parents. He was also accompanied by one of his co-stars for Spider-Man: Homecoming, Jacob Batalon, and Holland spoke about the movie while there.

Of course, this is charity as usual from a Marvel star, similar to what Robert Downey Jr., Chris Pratt, and others have done for children’s hospitals in recent years. Same goes for DC heroes, too.

In a brief interview, Holland talked more about taking on the role of Spider-Man and how he’s approaching what many would argue is a pivotal role for him, Marvel, and Sony. He even talked about how many suits he goes through with all of his stunts, citing “We have like twenty suits, I think?”

Holland also spoke on what the role means to him:

“Spider-Man has always been such a huge part of my life. I love the movies. I love the comics. I always wanted to be Spider-Man. A real eye-opener for me is – I was shooting a movie in Colombia in the jungle with [director] James Gray and there was a little kid in the jungle running around with Spider-Man shoes on. So, there isn’t a corner of the Earth that Spider-Man hasn’t made his way to.”

It’s hard to argue with that, and from what we’ve seen of Holland in this year’s Captain America: Civil War, the webhead appears to be in good hands. And if you’re interested, you can check out the video for this event below.

Spider-Man: Homecoming is set to release July 7, 2017. And you can buy Captain America: Civil War today on Digital HD. DVD and Blu-Ray will drop on September 13.