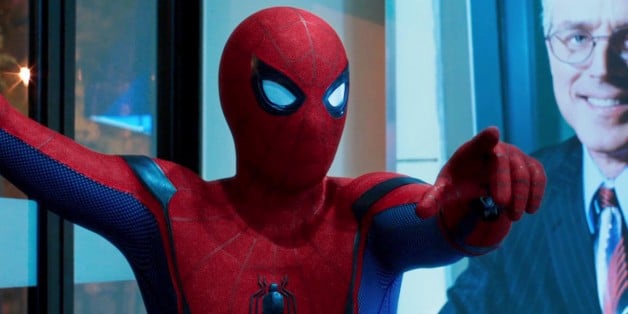 In what may be a viral marketing campaign or simply fun, Tom Holland took a moment out of his busy schedule to order coffee at Starbucks, something almost every millennial does. The only difference is, Holland ordered his coffee in his Spider-Man: Homecoming suit.

He posted the event on Instagram, stating the following:

“Even spiderman needs a coffee break”

You can check out the image below and revel in jealousy.

Why James Gunn Doesn’t Get Angry Over Spoilers

As you can see in the image above, his upper body is covered by a sleek black hoodie but his lower body is sporting the classic Spider-Man suit.

After making his sensational debut in Captain America: Civil War, Tom Holland will be making his solo debut as the web-slinger in Spider-Man: Homecoming, which hits theaters on July 7th. Holland will also reprise his role in the upcoming Avengers: Infinity War which theaters on  May 8th.

Holland also filmed a cameo alongside Stan Lee and DJ Khaled for the film, with the cameo likely taking place in a New York City convenience store. Hopefully, DJ Khaled will reprise his role in future MCU movies.

Spider-Man Is In Hero Mode In New Image From ‘Spider-Man: Homecoming’