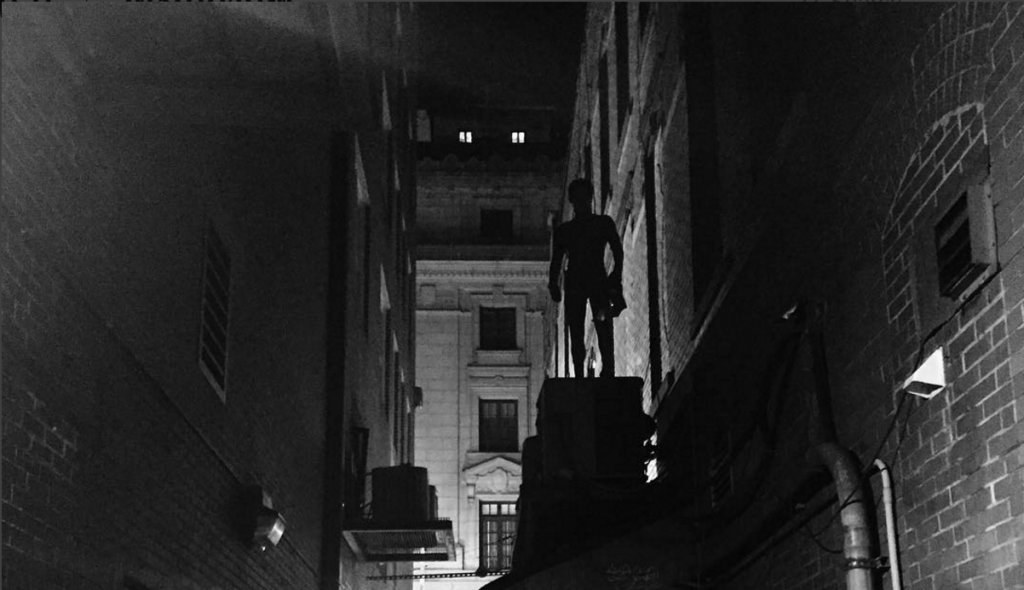 Tom Holland has been hard at work both in front of and behind the camera for his upcoming film, Spider-Man: Homecoming. When you are playing a superhero on the big screen, physical training is a must. Holland has been sharing photos and videos of his training, and it looks like all that hard work is really paying off.

Now, the actor has shared a fantastic photo of him standing high on pedestal. You can’t see his face, but the Holland’s silhouette is significant. It is hard to tell whether or not he is wearing the Spidey suit, but either way – this picture is nonetheless exciting. It also makes me wonder if the Devil of Hell’s Kitchen is nearby.

Spider-Man: Homecoming just continues to build upon the hype, and the production is still going strong. Just today, it was announced that Jon Favreau would be reprising his role as Happy Hogan in the upcoming film. What do you guys think is going on in this potential scene? Is Spider-Man about to get into battle with one of the film’s antagonists? Sound off in the comments below.