Tom Holland seemed to confirm that filming has wrapped on Marvel Studios’ Spider-Man: No Way Home.

Tom Holland, Zendaya and Jacob Batalon have all been filming Jon Watts’ Spider-Man: No Way Home in the last few months, but in a new post from the Wall-Crawler himself it seems like work has finally finished on the upcoming movie. There’s much anticipation surrounding the movie because of all the rumors regarding Tobey Maguire and Andrew Garfield supposedly reprising their roles as their respective Spider-Men.

Tom Holland posted a shirtless photo on Instagram with his trainer, Duffy Gaver, saying that its our last day. Some fans on Twitter were quick to point out that it could just be Holland’s last day of training for the Spider-Man sequel, but that would still indicate that production is getting ready to finish. Take a look at the photo from Tom Holland below. 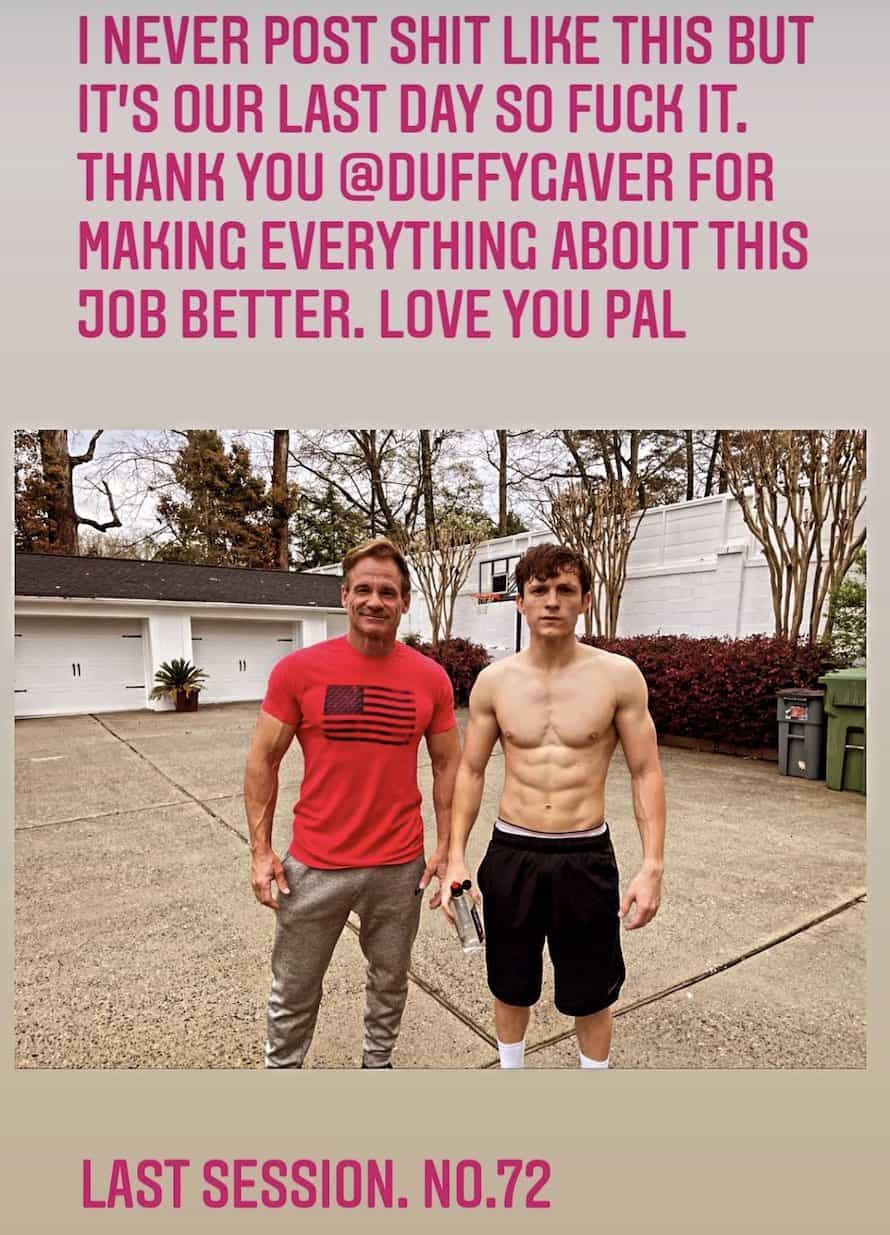 What do you want to see from Spider-Man: No Way Home? Do you think we’ll see Tom Holland team up with other Spider-Men? Sound-off in the comments below!

Peter Parker was last seen in Spider-Man: Far From Home. Here is the official synopsis for the movie:

Spider-Man: Far From Home is now available on Digital HD, 4K Ultra HD Blu-ray, Blu-Ray, and DVD. Stay tuned for all the latest news regarding the Marvel Cinematic Universe, and be sure to subscribe to Heroic Hollywood’s YouTube channel for more content.