As we are closing out 2015, it has been another big year for both comic book movies as well as comic book television. We have seen the arrivals of new exciting series as well as the improvement and continuation of on-going comic book shows. While there are many of them, today I’m listing the top 5 comic book shows of 2015, both new and old ones. The rankings are based on either specific seasons (either past or ongoing) or freshman seasons that have recently finished their first halves. 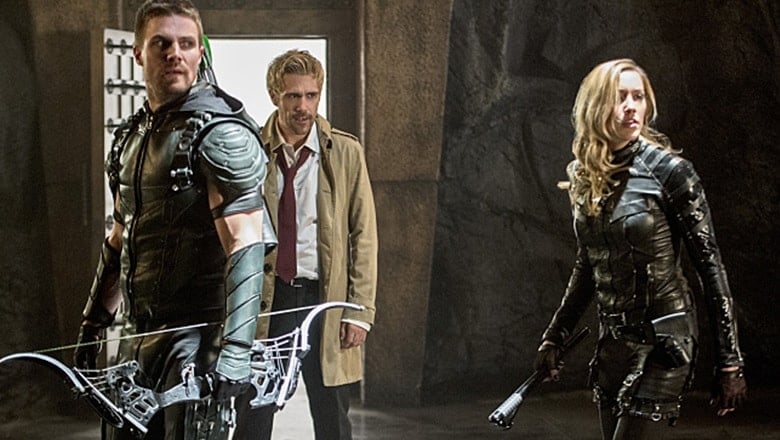 Season 3 of The CW’s Arrow was without the show’s weakest season, but the 4th season has so far been very solid with the exception of maybe 1 or 2 weak episodes, one being “Lost Souls”. The Oliver Queen we see now is a hero that is learning from his mistakes, he is less arrogant than he was last year and most of all: he is actually smiling and being funny! Team Green Arrow is functioning much better compared to last year and Damien Darhk is one – if not THE – of the best villains Arrow has ever had because Neal McDonough is just the greatest in every way. Two of the best episodes in the first half were “Haunted” and “Legends of Yesterday”.

“Haunted” had Matt Ryan’s John Constantine finally become part of the right DC TV Universe where he restored Sara’s soul. But that wasn’t the only thing to get restored, as the relationship between Oliver and Laurel finally got a much needed restoration. Oliver gets the wake-up call that he needed by realizing that he has been one lousy friend to Laurel over the past few years and decides to start being a better best friend to her. In the 2nd part of the crossover, after Barry goes back in time after Vandal Savage destroys Central City, Oliver had some of his best moments in that episode and, along with Barry, came off as a true leader. While Oliver’s decision to, again, lie to Felicity about his child William can be discussed, it still didn’t take away those great moments that he had. 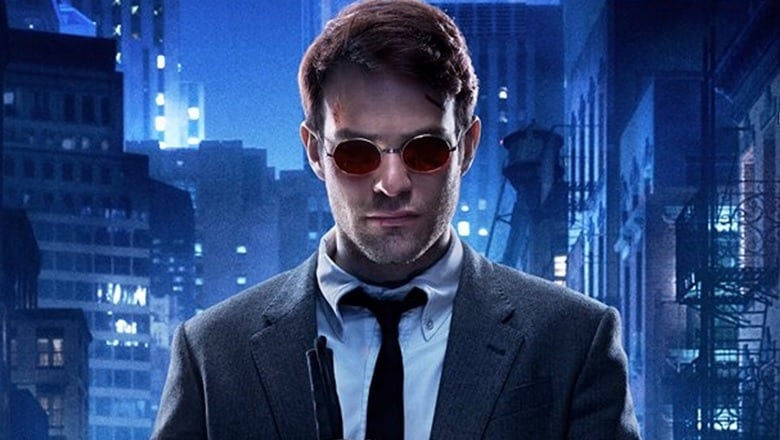 As the first series in the Netflix/Marvel franchise, Daredevil kicked off the 5-part franchise with an exceptional first season. While a part of me will always have a soft spot for the Daredevil movie with Ben Affleck and Michael Clarke Duncan (May he rest in peace), the series was without doubt more enjoyable and incredibly well-adapted. Much in pair with Grant Gustin as The Flash, Robert Downey Jr. as Iron Man and more, Charlie Cox is truly The Man without Fear as the Netflix series enters and explores a darker side of the Marvel Cinematic Universe which, quite frankly, we needed to see. The first season also gives us another villain to love in this universe other than Tom Hiddleston’s Loke, as we get to meet the complex and compelling man that is Vincent D’Onofrio’s Wilson Fisk a.k.a. Kingpin.

While I appreciate the fantastic Marvel comic book shows like over at ABC, shows like Daredevil and Jessica Jones, that are proper superhero shows, are more enjoyable to follow. Daredevil season 1 also featured a phenomenally strong supporting cast with Eiden Henson as Foggy Nelson, Toby Moore as Wesley (a.k.a. the best super-villain’s right hand because he ends up being more than just that) and Rosario Dawson as Claire Temple. The series’ first season also managed to stand as its own thing while also, believably, fitting into this larger cinematic universe, that for most part, had been focusing a lot more on the brighter and family-friendly side, although Phase 3 will be changing that. 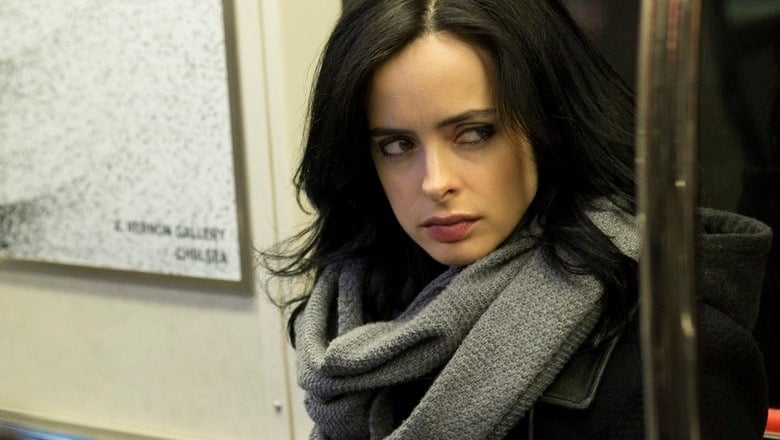 It was hard to choose between whom the better one out of Daredevil and Jessica Jones was. However, in the end, Jessica Jones’ personal story was a more compelling arc and while I can appreciate great stories that involve saving a whole city or neighborhood, I’m always a sucker for those individual storylines. Seeing what Krysten Ritter did with this character, that I quite frankly wasn’t that familiar with, is one of the best castings that Marvel has ever made. Jessica is not just a superhero in this fictional world, but also a role-model to people in real life that have, maybe not been mind-controlled, but gone through things like rape, abuse and more. She represents that while it’s maybe difficult to truly recover from horrific events like that, that you can rise again and take control of your life and not let evil win.

David Tennant’s Kilgrave, like Kingpin, ended up as another phenomenal villain in the MCU despite his fate at the end, but seeing the former Doctor Who star going from hero to villain, was one of the greatest highlights in any show this year. While the series has a similarly strong supporting cast like Daredevil, Rachel Taylor as Trish Walker and the strong sisterly relationship that she has with Jessica, is one of my new all-time favorite dynamics. We also get the introduction to another Marvel/Netflix hero in Mike Colter’s Luke Cage who got me more excited for the Luke Cage series when it comes out next year. The only question that I was left with after season 1 was, where in Stan Lee’s name is that season two renewal? 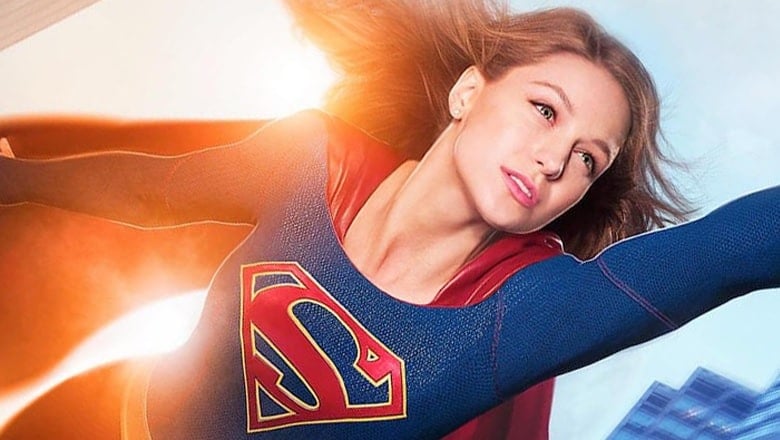 Supergirl is in many ways tied with the number one show on the list, but since it’s still only eight episodes in and still finding itself: I put it as number two, but once again, a very close tie. While Kevin Feige is the master of the MCU, Greg Berlanti is the ruler of the DC TV world as he has now taken another iconic DC hero and brought it to life successfully with the Girl of Steel. It’s about time that DC/WB gave us a proper female superhero show since Wonder Woman (sorry Birds of Prey fans) because while I do love the other DC comic book shows that is out there: it’s been a giant sausage fest on the DC TV side for years now. Seeing what the talented Melissa Benoist has done with Kara Zor-El, has already made Supergirl a must-watch-show for me. Much like a certain speedster over at The CW, this show is my cup of tea as it features a superhero that is all about optimism, hope and being in the light, a hero that loves being a champion of justice while also telling mature and beautiful human stories, despite the fact that our hero is an alien from another planet.

Just like with CW’s DC shows, super-casting director David Rapaport has assembled another stellar cast with people like Calista Flockhart as a re-imagined (and just perfect) Cat Grant, Chyler Leigh as Alex Danvers and Mehcad Brooks as James ‘Jimmy’ Olsen. While Supergirl is specifically about Kara, the women around her like Alex and Cat are Supergirls in their own right as they play not only supporting strong roles in Kara’s life, but also shines as inspiring women that puts them in pair with Kara. Supergirl is also doing a solid job in showing people that Kara is so more than just Superman’s cousin. While the show is still finding itself, it’s already off to a good start with a solid first half of its freshman season. We’ve seen the introduction of impressive DC characters, especially Martian Manhunter (the character that David Harewood is really playing) as well as building towards the bigger arc which is Kara’s fight against her Kryptonian aunt, Astra as well as the army that she has brought with her. 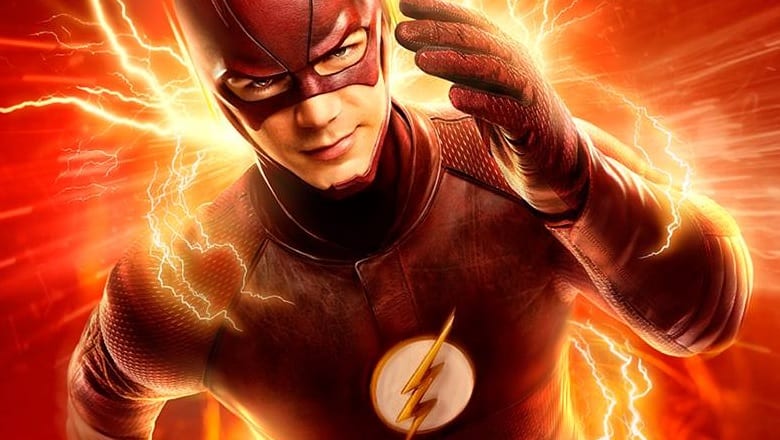 Before I go on, let me repeat again: Supergirl and The Flash is very much tied for number one for many reasons because they are both equally the type of show that I prefer to watch when it comes to this genre. While the first season of The Flash was one of the best first seasons of any show I have watched over the years, this season has had a few bumps along the way which is understandable: it’s tough to live up to what season one had in store. But despite its hick-ups this year, the first half has had a lot of neat things to sink your teeth into, so far. The introductions of Zoom, Jay Garrick, Earth-2 as well as the Multiverse have been strong pointers in the first nine episodes, along with the arrival of Keiynan Lonsdale’s Wally West in the fall finale. While the setups for Legends of Tomorrow were appreciated and good in certain ways, it has in some aspects held the show back just a little bit. Although I will give The Flash more credits for how they setup and send-off certain Legends characters, like Firestorm and Hawkgirl, compared to how Arrow dealt with The Atom and Sara Lance that got somewhat awkward and rushed send-offs.

The first half hasn’t had too many issues, but one that is worth bringing up is that they are clearly playing with a lot of new elements, which has resulted in some storylines and characters not being given as much focus, like Iris West, but hopefully the second half will do her arc more justice because a great female lead like her, should not be put in the background the way she has been so far this year. Heck even Jay Garrick that was supposed to have a big dynamic with Barry, has been absent a lot too in the first half. But once again, when you are playing with so many storylines and characters, like Cisco who is discovering more of his meta-human side, it gets tricky to be able to give every character their fair amount of focus. But despite all of that, and also feeling confident that the second half will do a better job in focusing on the characters and arcs that were left out a lot in Season 2A: The Flash continues to be the show that I fell in love with from the beginning while also evolving to something greater.

And that wraps up the Top 5 Comic Book Shows of 2015! Do you agree or disagree? Is there a show that you think should have been up on the list? Have you been enjoying the comic book shows as much as me? Let me know in the comments below!