As you probably already know, a number of journalists were recently invited to the set of Michael Bay’s Transformers: The Last Knight, meaning that the first official details about the upcoming movie will arrive next week. Until then, the official Transformers Twitter page is sharing images of the Autobots and Decepticons that we’ll see in the next installment in the franchise. The latest one of these images gives us our first official look at Megatron’s brand new robot mode and upgraded weapons. 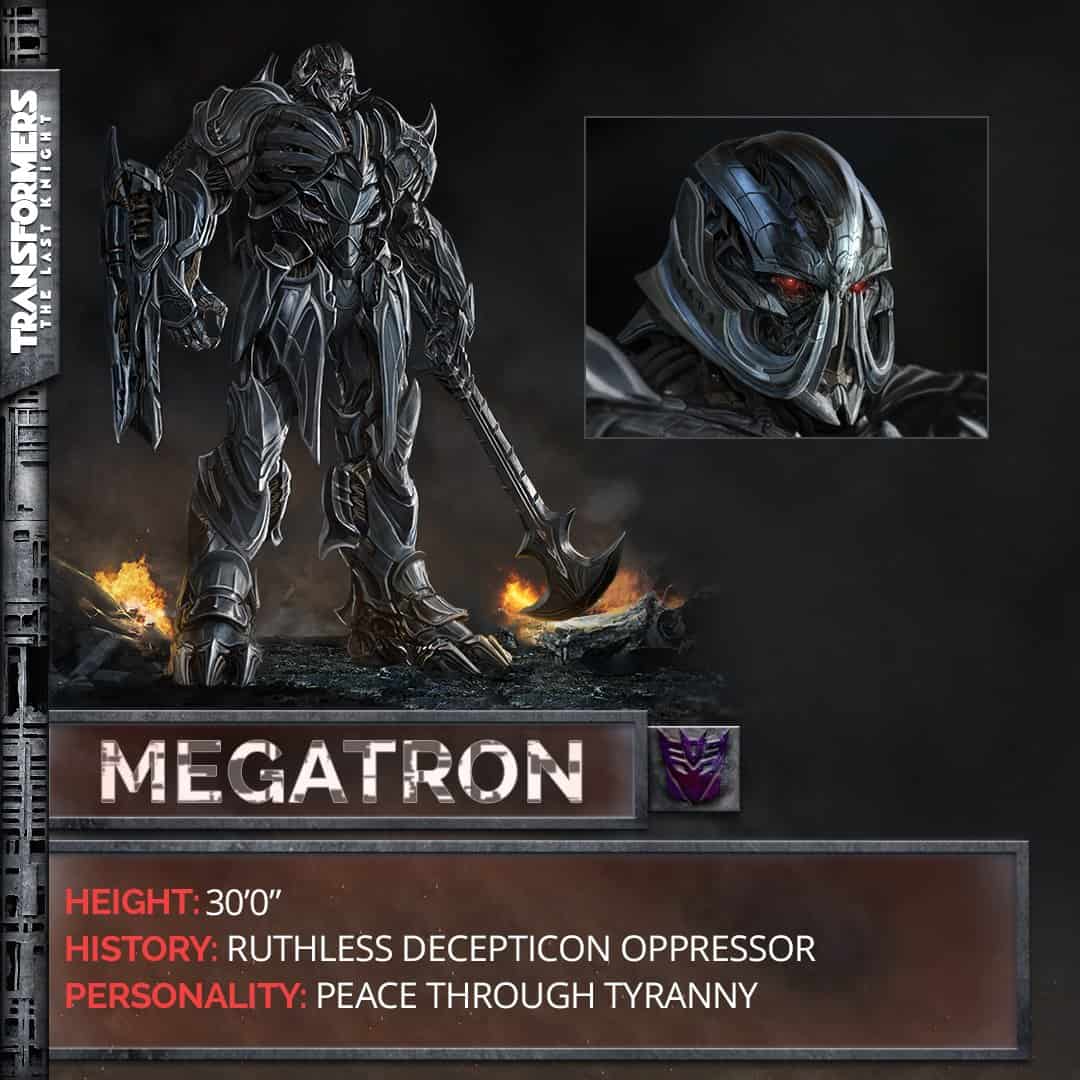 Plot details are being kept under wraps, but rumor has it that the story will revolve around Optimus Prime trying to locate a mysterious artifact to bring Cybertron back to life. That artifact apparently has ties with Merlin (as in, Merlin the Magician of King Arthur lore), so it’s safe to say that he’ll be looking for Excalibur.