While we didn’t see him suit up in the film and it really wouldn’t have fit in with the plot, it seems that The Russo Brothers did consider giving ‘Zemo’ a look much closer to his comic book counterpart. Some unused concept art from Captain America: Civil War has made it’s way online, which seems to be from conceptual artist Andy Park, of the character suitted up.

I’m glad they didn’t go for this suit in the film because it would have definitely felt out of place. That being said, with the character seemingly being set up to have a larger role down the line, I’d love to see him wearing something along these lines when he does (hopefully) return to the MCU. Maybe without the animal print collar though. Check out the concept art and let us know what you think about it in the comments section below. 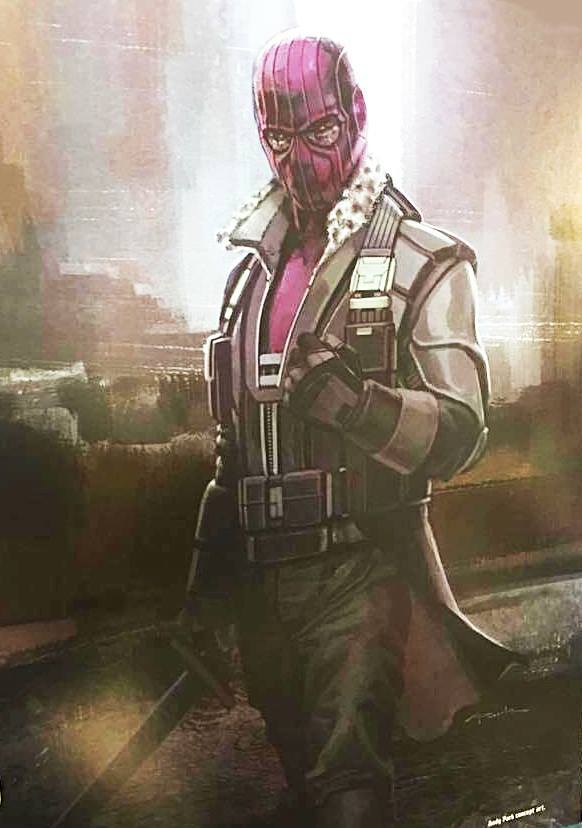 Marvel’s “Captain America: Civil War” finds Steve Rogers leading the newly formed team of Avengers in their continued efforts to safeguard humanity. But after another incident involving the Avengers results in collateral damage, political pressure mounts to install a system of accountability, headed by a governing body to oversee and direct the team. The new status quo fractures the Avengers, resulting in two camps—one led by Steve Rogers and his desire for the Avengers to remain free to defend humanity without government interference, and the other following Tony Stark’s surprising decision to support government oversight and accountability.”