We have an exclusive preview of four pages from Tim Seeley and Brett Booth’s vicious new Bloodshot arc for Valiant Comics’ Bloodshot #4.

With Vin Diesel’s Bloodshot movie on the horizon, it’s no surprise that Valiant Comics are delivering a vicious new Bloodshot arc from Tim Seeley and Brett Booth. The character originally debuted in Eternal Warrior #4 before being fully introduced to readers in Rai #0 back in 1992. Bloodshot, Eternal Warrior and Rai are three of Valiant Comics’ most popular characters, with a new Rai series from Dan Abnett and Juan José Ryp recently arriving on shelves.

Ahead of the December 18 arrival of the new arc in Bloodshot #4, Valiant Comics have provided us with an exclusive preview of four pages from Tim Seeley and Brett Booth’s book. It shows Bloodshot taking on a terrifying monster aboard a mysterious train. It’s safe to say that the action is unrelenting as Bloodshot fights the threat with everything he’s got. Here are more details about the book:

“The Long Shot” starts here!
All aboard as Bloodshot faces off against ghoulish monsters on a bullet train to the heart of darkness!
High-speed thrills and blood-curdling chills lurk behind every turn in 2019’s best new action series!

You can check out our exclusive action-packed preview of Valiant Comics’ Bloodshot #4 below. 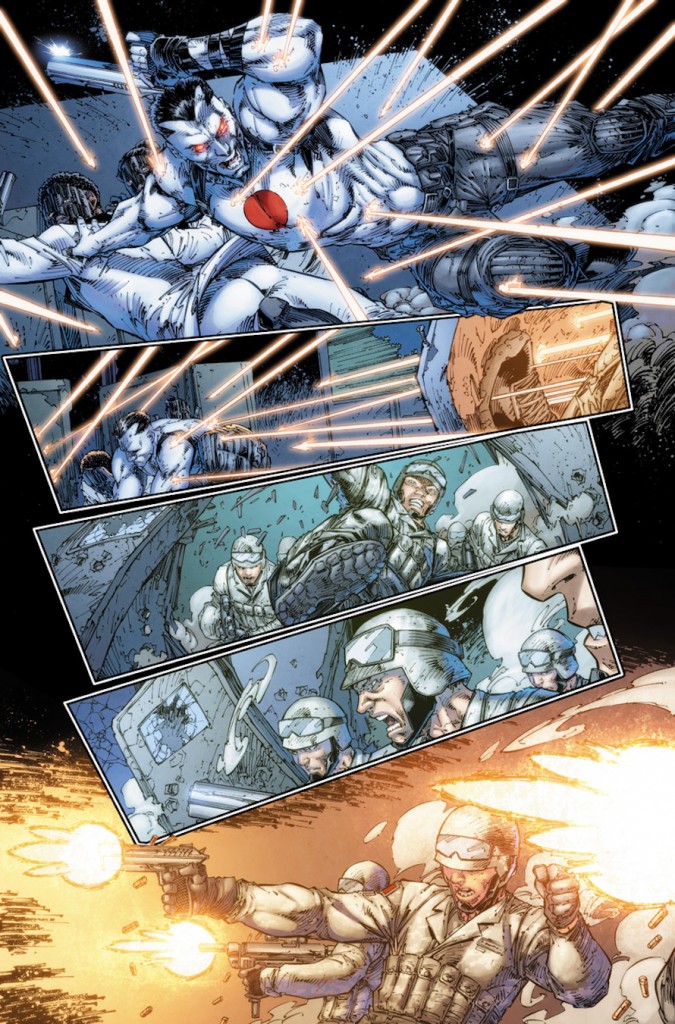 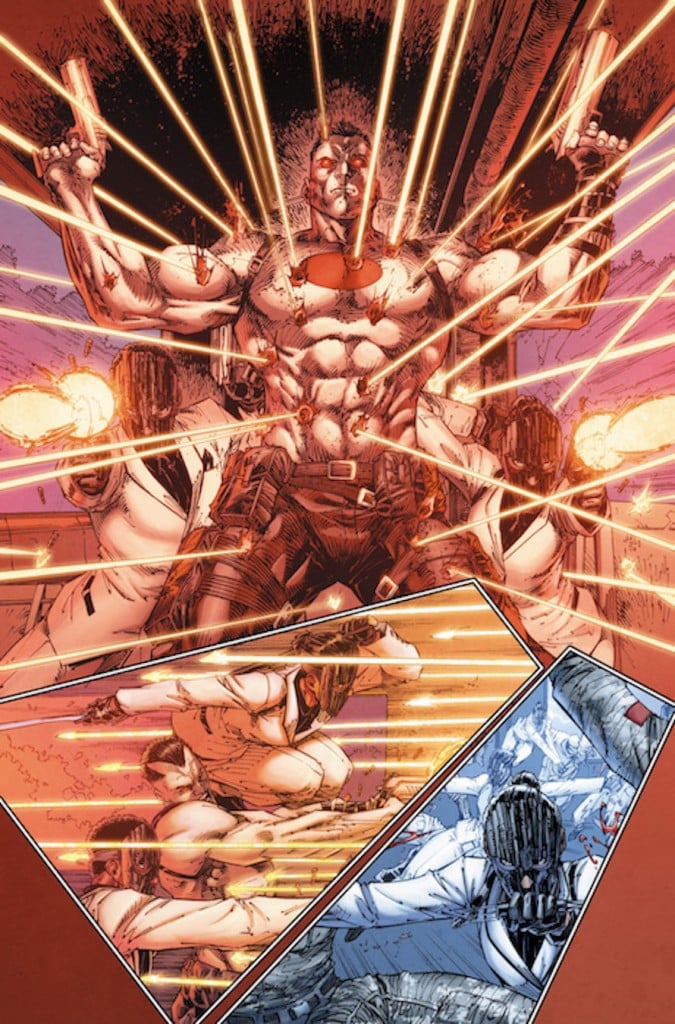 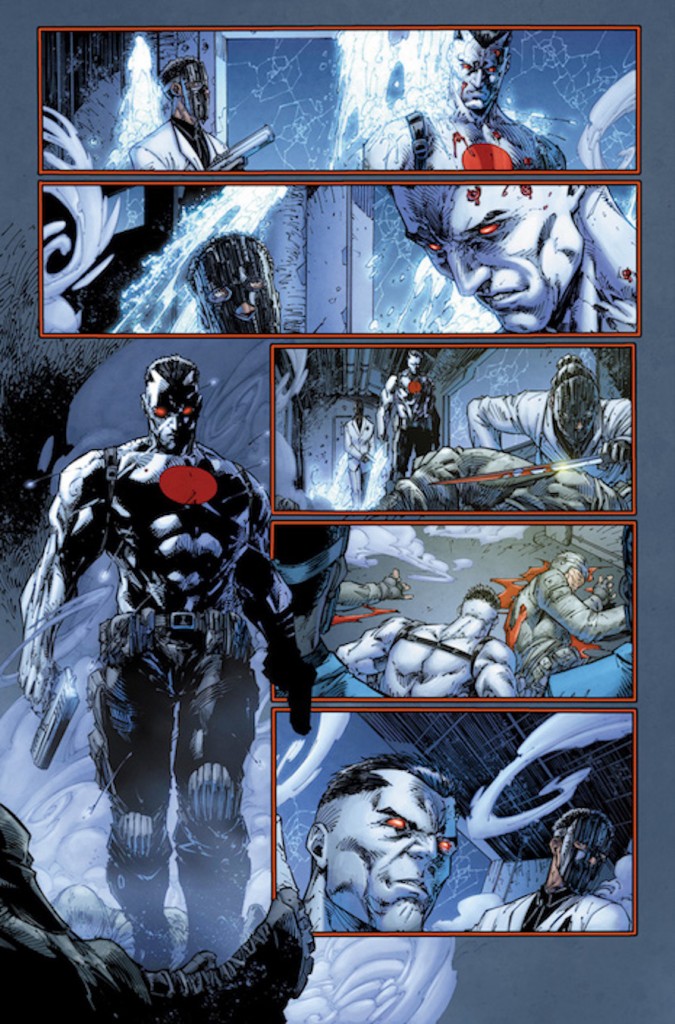 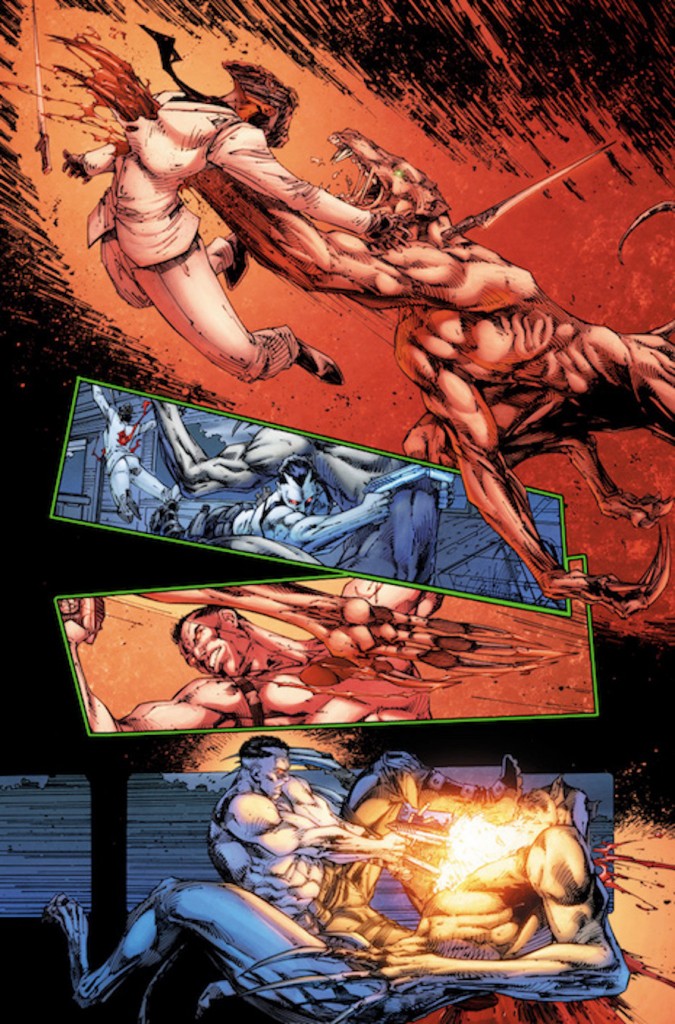 Are you looking forward to the brand new arc in Bloodshot #4? What do you want to see from Vin Diesel’s Bloodshot? Let us know in the comments!

Here is the official synopsis for Vin Diesel’s Bloodshot:

After he and his wife are murdered, Marine Ray Garrison (played by Vin Diesel) is resurrected by a secret team of scientists. Enhanced with nanotechnology, he becomes a superhuman, biotech killing machine – “Bloodshot.” As Ray first trains with fellow super-soldiers, he cannot recall anything from his former life. But when his memories flood back and he remembers the man that killed both he and his beautiful wife, he breaks out of the facility hellbent on revenge, only to discover that there’s more to the conspiracy than he thought.

Bloodshot is scheduled to be released in theaters on February 21, 2020. Stay tuned for the latest news regarding Valiant Comics and the Vin Diesel movie!