The first rendition of Vin Diesel as Bloodshot has been revealed on a limited cover for Bloodshot Salvation #12.

Vin Diesel has partnered with Xbox to provide several items for Paul Walker’s Game4Paul event in order to raise money for the late actor’s charity Reach Out WorldWide. Among the items is a limited to one copy of Bloodshot Salvation #12 featuring art by Lewis LaRosa. In addition to being signed by Diesel, the cover also reveals an artist rendition of the Fast and Furious star as the titular character of the upcoming feature film adaptation of the Valiant Comics title.

You can check out the cover art below! 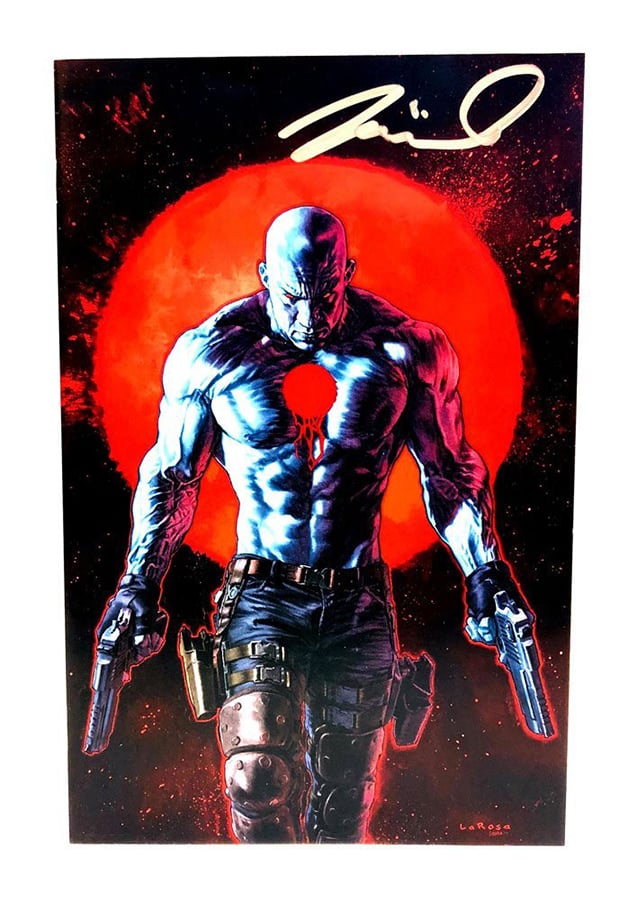 You can read the official description for variant cover below!

The rarest Bloodshot comic book EVER produced – signed by Vin Diesel, star of Sony‘s upcoming BLOODSHOT feature film! Specially manufactured for Game4Paul, this ONE-OF-A-KIND edition of the BLOODSHOT SALVATION #12 comic book comes complete with an exclusive cover featuring art by legendary comic artist Lewis LaRosa, imagining superstar Vin Diesel as Valiant’s relentless comic-book hero and signed by Diesel himself! The art for this truly unique collectible was originally commissioned by former Valiant CEO & Chief Creative Officer Dinesh Shamdasani at the request of BLOODSHOT director Dave Wilson, who gave the art to star Vin Diesel as a gift and reveals Diesel’s likeness as the character for the first time, as rendered by his favorite Bloodshot artist, Lewis LaRosa.

What do you think of this look? Share your thoughts in the comments section below!

The film is scheduled to be released in theaters on February 21, 2020.