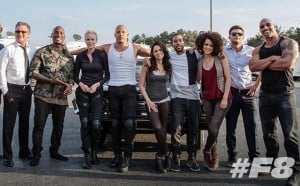 On his official Facebook page, Guardians of The Galaxy star Vin Diesel has unveiled when Fast 8‘s first trailer will grace the internet. Following the critical acclaim of the last film in the franchise, it is no wonder; Universal Studios had the sequel in gear rather quickly. Diesel’s Facebook page claims the trailer will hit the internet on December 11. This is still a fair while away, but the F. Gary Gray film wrapped shooting in August, so for a trailer to hit that soon is quite an achievement. Following the critical acclaim of the last film, it is no wonder fans are excited for this movie. Fast 8 will also be the first film to not feature Paul Walker, following his tragic death in 2013. With seven films already under the franchise’s belt, who knows how much more the series can pump out before the gas runs dry? At this rate, I would bet on at least another four. 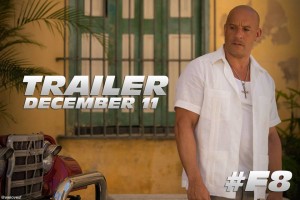 Are you guys excited to see the gang once again? The upcoming film will star Mad Max: Fury Road star Charlize Theron as the film’s antagonist, a welcome change to a Hollywood blockbuster. Suicide Squad‘s Scott Eastwood also joins the franchise, as well as Oscar winner Helen Mirren.