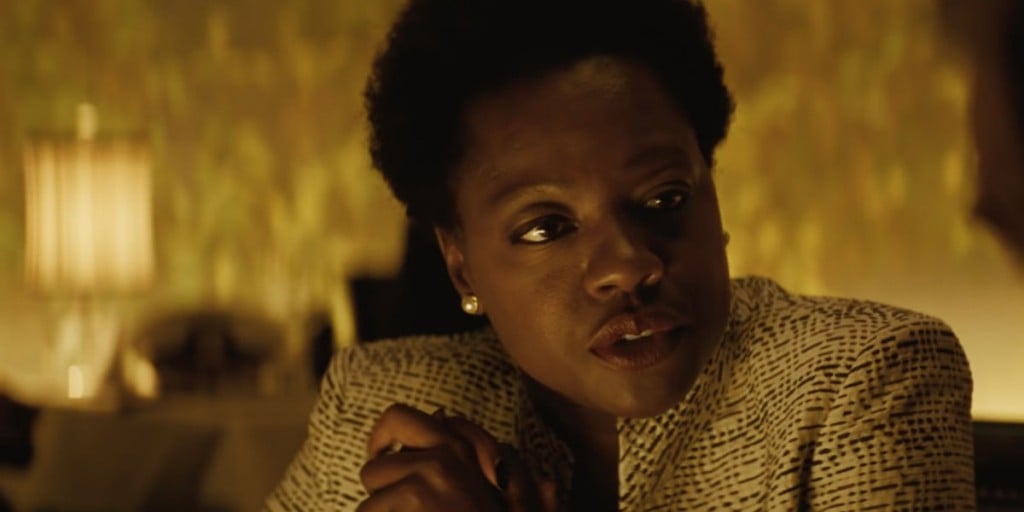 On August 5th, Viola Davis can be seen taking on the role of Amanda Waller in David Ayer’s Suicide Squad. Davis was immediately drawn to the role when presented with the story about DC’s villains.

Waller has become known with comic books and tv as one tough woman but Waller doesn’t have extraordinary powers. For Davis this wasn’t seen as a problem, instead a positive trait.

“She’s a strategist. She’s a manipulator. She doesn’t fly in the sky or swim in the water. She’s just a regular person who can manipulate these superheroes. And I love that.”

Davis also talked about working with Ayer on set and how his direction was something unique and different. For example, the How to Get Away With Murder star discussed an interaction that she had with Joel Kinnaman (Rick Flag) on set. Davis had been working on this scene and had a plan formulated until Ayer had a conversation with her during the filming process.

“He would make me call, [Davis starts laughing and can’t really stop] Joel Kinnaman a p—y at times. A bitch. [More laughs.] It’s completely politically incorrect but it caused a reaction in me. It made me feel like a straight up thug, and it made Rick Flagg want to kick my ass. So David got what he wanted.”