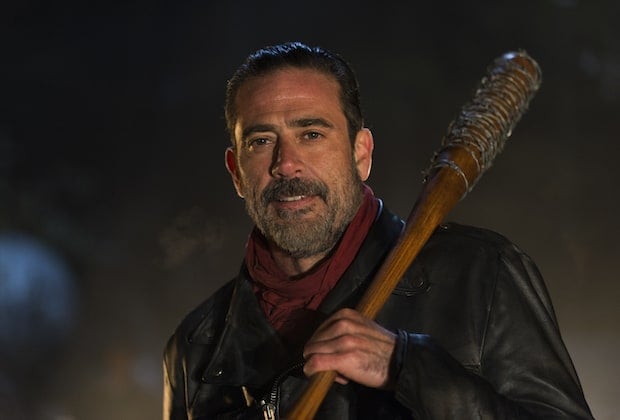 Warning major spoilers for The Walking Dead ahead.

The Walking Dead held a major panel at New York City Comic-Con and a clip released during the panel provided an exclusive look at the premiere episode and provided a major clue to which cast members will be surviving that encounter.

In the clip, it is clear that Rick Grimes is safe. The footage has been described as Rick telling Negan that he is going to kill him…”Not today. Not tomorrow. But I’m gonna kill you.”

The footage doesn’t show which Dead cast member will not be making it out alive. The footage ends with the camera panning down to Negan’s victim on the ground, but all that remains are the brains and skull scattered across the ground.

The Walking Dead is getting ready to return to television with its season seven premiere but before audiences find out who survives the encounter with Negan, AMC will be airing a two-hour special look back at seasons past.

The two-hour show will be titled, The Walking Dead: Journey So Far and airs from 9-11 p.m. on Sunday, Oct. 16th. While getting audiences caught up on the show, it will also feature special interviews with members of the cast and executive producers.