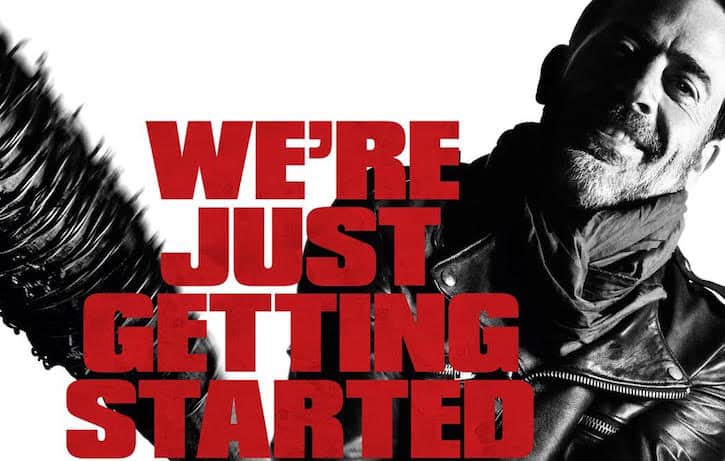 In spite of Season 7’s ratings slumping a bit, AMC has stated that like a zombie, The Walking Dead will keep shambling on for quite some time.

The Hollywood Reporter revealed that AMC CEO Josh Sapan recently spoke in a conference call about the value of The Walking Dead to their lineup of programming.

The Walking Dead is a franchise that will deliver ancillary revenues over different distribution platforms for many years to come as it does today. And we believe it will have a long life that accrues to our strategic position and financial benefit. The Walking Dead remains the number 1 show on television by a wide margin and is a powerful example of programming that we own and distribute that commands a loyal audience, attracts advertising revenue, and has significant ancillary revenues that will benefit our business for years to come. With a rapidly expanding studio business, we now have a growing portfolio of shows that we own that provide this kind of opportunity for our business.

The conference call in question highlighted the fact that AMC’s earnings in its fourth quarter exceeded expectations, and that shares have risen accordingly. Sapan also took time to make note of the company’s other successes, as he considers AMC to have become more of a studio than a channel operator. One reason that he argues the format works is that the AMC channel itself has grown in popularity since the show started, and that selling distribution of the show to streaming outlets and to foreign distributors in countries where AMC does not have their own channel. Saban also believes that the quality of what’s being shown on the network is more valuable than having large quantities of networks, and holds the opinion that the channels they own are collectively underpriced.

The Walking Dead airs at 8 PM Central on Sundays.