Entertainment Weekly has released a new image from the upcoming eighth season of AMC’s The Walking Dead, which features Rick Grimes (Andrew Lincoln) and Maggie Rhee (Lauren Cohan). The image seems to suggest that the two are ready for “All Out War,” a major storyline from Robert Kirkman’s The Walking Dead comics which saw the people of Alexandria, the Hilltop and the Kingdom all come together to defeat Negan and his Saviors once and for all. 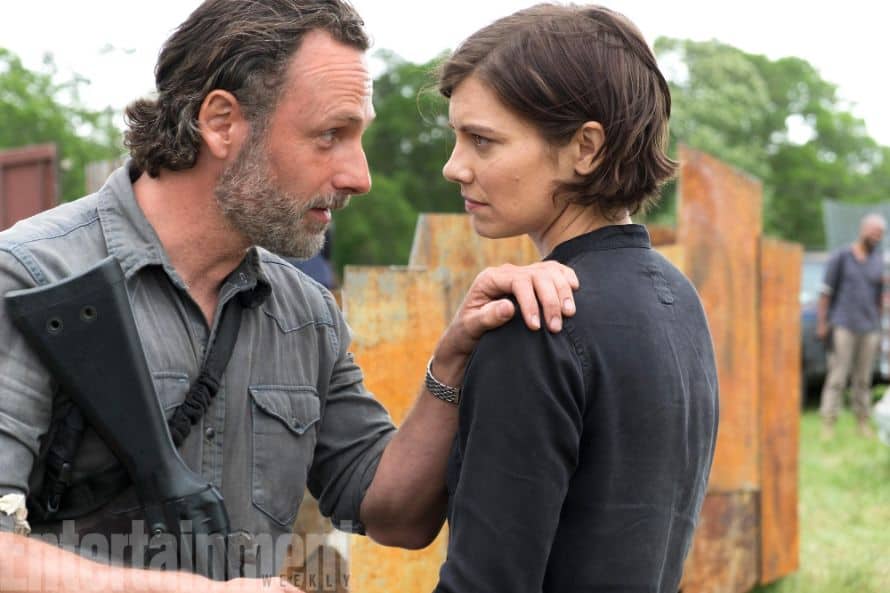 While speaking to EW, showrunner Scott M. Gimple teased the arrival of the storyline from the Image Comics series. Here is what he said:

“We have basically set the stage for All Out War. Negan’s said it, everybody has seen they’re in it. It will play out quickly and propulsively and attentively and will shift around the focus quite a bit between the different places and battlegrounds and characters and communities.”

Gimple also reaffirmed that, after he spent the whole season grovelling to Negan last year, we will see the return of the old, more confident Rick this season:

“His swagger is definitely back, but it’s a measured swagger. It’s a focused swagger. He absolutely has it and you will see it in episode 1.”

The showrunner also promised that the Season 8 Premiere, which is also the series’ 100th episode, will be heavy on action and intensity:

“It’s really a lot happening simultaneously. We just want the audience to hold on to their seat as they’re thrown through this thing.”

AMC’s The Walking Dead returns for its eighth season this October. An exact release date is expected to be announced this weekend at San Diego Comic Con.