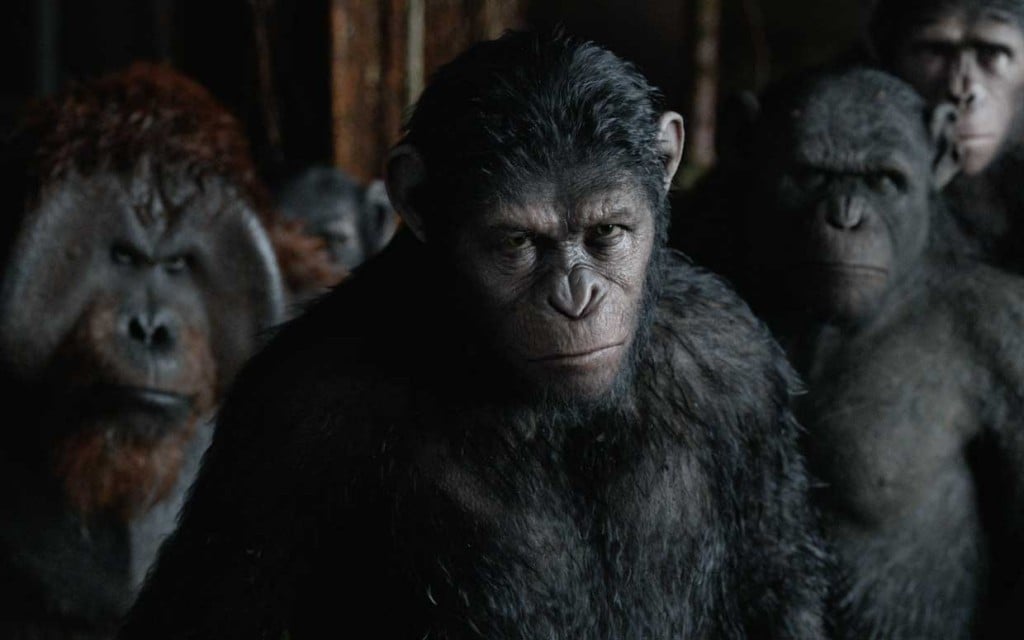 Before War For The Planet Of The Apes arrives at New York Comic Con this weekend, a digital billboard has been released in Times Square. The ad features Caesar’s image coming to life through snow and with a warning that was hinted at in Dawn of the Planet of the Apes. War is coming.

Ceaser can be heard saying, “You must go before the fighting begins…I’m sorry…war has begun.”

War for The Planet of The Apes is set to be at New York Comic Con. Featured on the panel will be director Matt Reeves, producer Dylan Clark and Andy Serkis. This panel will be held on October 6th at 8:30 p.m. eastern and at the Regal E-Walk Theater.

Word is that Serkis will also be there the following day to discuss the general nature of his cutting-edge motion-capture work he has become so famous for, culminating in a Q&A with fans attending at 3 p.m. at the Theater at Madison Square Garden. It looks like 20th Century Fox is really looking to take this opportunity at the New York Comic-Con to build hype and momentum for their film.

In addition to the digital billboard, an official synopsis for the film was released:

“In War for the Planet of the Apes, the third chapter of the critically acclaimed blockbuster franchise, Caesar and his apes are forced into a deadly conflict with an army of humans led by a ruthless Colonel. After the apes suffer unimaginable losses, Caesar wrestles with his darker instincts and begins his own mythic quest to avenge his kind. As the journey finally brings them face to face, Caesar and the Colonel are pitted against each other in an epic battle that will determine the fate of both their species and the future of the planet.”

What do you think of this digital ad? Are you looking forward to this movie? Comment below!