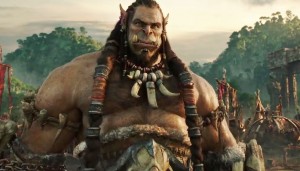 In theaters, this weekend is Legendary Pictures’ Warcraft, a unique adaptation for the World of Warcraft series that has been a part of the video game lexicon since the late 90s. While the Massively Multiplayer Online Role-Playing Games (MMORPG) have been strategy-based the film focuses on a more linear narrative and tries its best to orient moviegoers to the world of Azeroth and the war between Humans and Orcs.

Let’s be honest, one of the hardest genres’s to crack when it comes to film adaptations is video games. In the long lines of attempts, most films are not well received. Sure, there are some that manage to be commercially successful, but for the most part, it’s just a difficult genre to adapt properly. For the most part, it’s because when playing video games, you make up your own movie based on your individual gameplay. Incorporating a coherent and universal narrative is just quite hard for filmmakers. This isn’t to make any excuses for Warcraft, but to provide some context for the genre as a whole.

The film follows the Orcs as they proceed to invade Azeroth due to the fact that their homeworld of Draenor, is dying. While the Orcs are a proud race bound by honor and tradition they follow Gul’dan (Daniel Wu), and evil Orc wizard who rules through intimidation and fear. We follow Durotan (Toby Kebbell) as he goes along for the ride of pillage of conquest, but is having second thoughts. On the opposite side are the Humans, who will not sit idly by while the Orcs attempt to take over their world and fight them back. Leading the humans Sir Anduin Lothar (Travis Fimmel) who supports Llane Wrynn (Dominic Cooper). In the middle of the conflict is Garona Halforcen (Paula Patton), who is half-Orc, half-Human and has to deal with the dilemma of choosing a side. 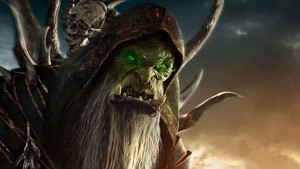 The film is a technical marvel. Because a great deal of the film is to be CGI, they sure took their time in getting it right. The Orcs should look freakishly cartoonish, but they turn out to be the best part of the film. Not only is each of our main Orcs rendered perfectly, but even the CGI “extras” each has their own unique tattoos, hairstyles, beards, etc. You can absolutely tell that director Duncan Jones is a fan of Warcraft because the output does have a lot of love and passion in it. The entire CGI environment of Azeroth is amazing, from the landscapes to the giant wolves and eagles. The choreography during the battles is also quite good. When the Orcs “smush” some Humans with their giant war hammers, it’s totally believed.  The film does a pretty good job at world building. Although most of it is done in expositional format, we do become enveloped in this world and how it functions. The introduction of the mage Medivh (Ben Foster) gives us an insight to the land as he is the “Guardian” of the realm.

The film does have some sore points:

The only problem with the CGI is when the wizards do their magic. We’re just used to a world where when Wizards use their powers (see LOTR), they do it in a telekinetic fashion. In this film the Wizards’ powers are a gigantic light show with the brightest colors ever imagined. At that point, it becomes distracting and comical instead of entertaining. Another problem in regards to CGI is that it’s quite clear that many of the actors aren’t comfortable working in a green screen environment.

As great as things are with the Orcs, the film has problems whenever the Humans are on screen. Simply stated, the Orc narrative is much more interesting. The dynamic and in-fighting is much better storytelling. Whenever the audience is taken away from the Orcs to focus on the Humans, the film drags on. There is a small side story that centers on Anduin Lothar and his son, but it doesn’t have the same emotional weight.

The film’s writing is also problematic. Many characters make decisions that don’t make any sense, especially towards the end of the film. The film takes itself way too seriously, to the point that there were only a handful of jokes in the movie that actually land. We don’t need someone to scream out “Leroy Jenkins,” but something along the lines of a full-on charge to certain doom in a comical way would have been a great nod.

The fans of the video game will notice many of the main members of The Alliance are barely in the film or completely missing, this is to focus on the Orc/Human dilemma, but you might actually forget about them as they are gone throughout much of the film. In fact, the film feels like it’s totally edited down for time’s sake and somewhere there’s a “director’s cut” that will fill in many gaps left throughout the film.

The biggest issue with the film is that despite the great visuals, the world building, the very good battle, there doesn’t seem to be any resolution. In a world where every film needs a sequel, this film feels like just one giant commercial for “Warcraft 2.” We are left with a pretty hallow ending and left waiting for a sequel the studios are hoping they will get.

All that being said, the film is still a pretty fun ride. The visuals and the battle scenes are well executed. This is the type of film that 3D was made for, and it’s executed very well, especially for an Imax screen. It’s clearly made for Warcraft fan, by a Warcraft fan. Fans of the video games will appreciate the film somewhat more than the general movie going audience, however, it’s still a worthy attempt. Although it’s not necessary bragging rights, this is one of the more “better” video game movies. Hopefully, one day and we will get a successful video game adaptation, but until then this film will suffice.