Warner Bros. have officially launched its Oscar campaign for Joaquin Phoenix’s Joker, eyeing up all the major awards for the DC Comics film.

With Joker still proving to be a hit with audiences, it comes to no surprise that Warner Bros. has officially announced its Oscar campaign for the critically acclaimed DC Comics film starring Joaquin Phoenix. Warner Bros. didn’t predict that Joaquin Phoenix’s Joker would be this successful, but the studio clearly believes the dark film has serious awards potential — especially since Joker has already won the Golden Lion at the Venice Film Festival.

Warner Bros. is eyeing all the major awards for Joker, including Best Actor for Joaquin Phoenix’s astounding performance as Arthur Fleck. The studio has also put forward Robert DeNiro for Best Supporting Actor as well as Zazie Beetz and Frances Conroy for Best Supporting Actress. It’s no surprise that Warner Bros. is shining a spotlight on Todd Phillips for both Best Director and Best Screenplay along with his co-writer Scott Silver. The studio is also eyeing up all the technical awards for Joaquin Phoenix’s Joker. Take a look at the full list of awards Warner Bros. is looking at in the “For Your Consideration” adverts for the Joker movie. 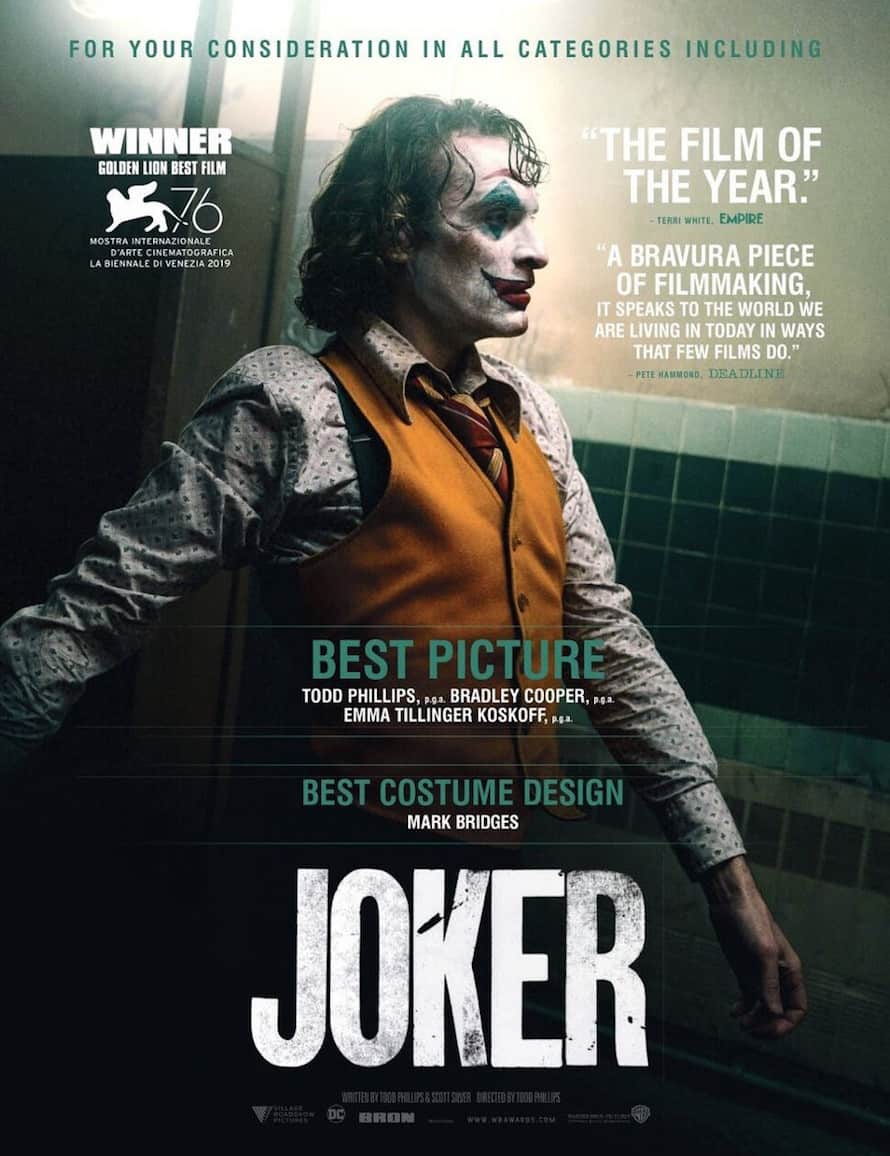 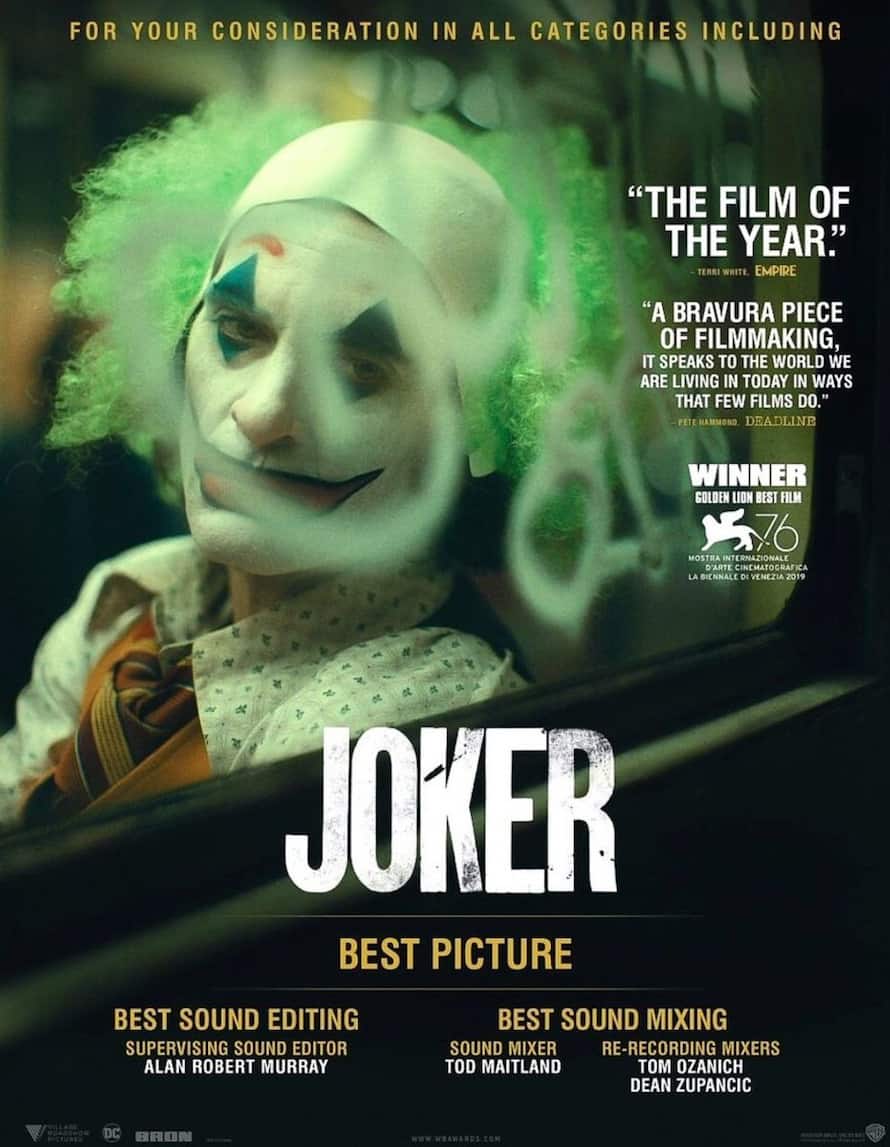 Do you think Warner Bros. has a serious Oscar contender in its hands with Joaquin Phoenix’s Joker? Which awards do you think Joker could win? Tell us in the comments!

Director Todd Phillips’ Joker centers around the iconic arch nemesis and is an original, standalone fictional story not seen before on the big screen. Phillips’ exploration of Arthur Fleck, who is indelibly portrayed by Joaquin Phoenix, is of a man struggling to find his way in Gotham’s fractured society. A clown-for-hire by day, he aspires to be a stand-up comic at night…but finds the joke always seems to be on him. Caught in a cyclical existence between apathy and cruelty, Arthur makes one bad decision that brings about a chain reaction of escalating events in this gritty character study.

Joker is now playing in theaters. Stay tuned for the latest news regarding Warner Bros. and the Joaquin Phoenix movie.