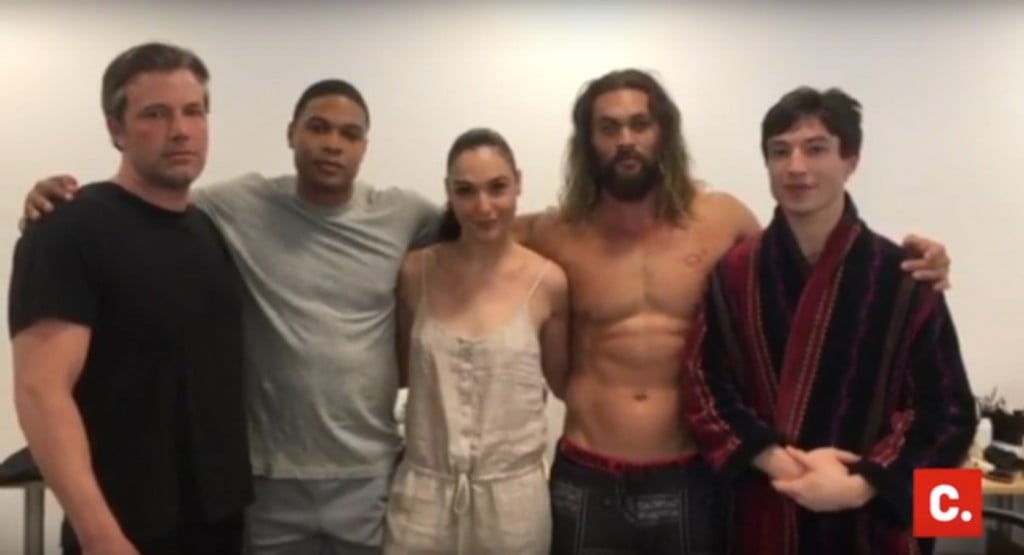 The Justice League is a team comprised of heroes that all came together to protect mankind from threats too big for us to handle on our own. This time, the threat is the Dakota Access Pipeline, and the League has once again come together to speak out against its development. The members of the League present in the video include Ezra Miller (The Flash), Jason Momoa (Aquaman), Gal Gadot (Wonder Woman), Ray Fisher (Cyborg), and Ben Affleck (Batman). The Dakota Access Pipeline is a controversial oil pipeline that is set to be built less than a mile away from the Missouri River and the Standing Rock Native American Reservation.

The video is brief, but shows the members of the Justice League standing together as Ezra Miller speaks for the team. Miller says the following:

“As a gang of Earth defenders, we want to send a big shoutout… those opposing the Dakota Access Pipeline. To get involved with this movement, go to SacredStoneCamp.org.”

The specific charity the super team is hoping to raise awareness for is Rezpect Our Water, which is the organization leading the way in fighting back against the proposed pipeline. Rezpect Our Water has created a petition on Change.org that has been signed just under 250,000 times.

“So we, the Standing Rock Youth, are taking a stand to be the voice for our community, for our great grandparents, and for Mother Earth. Join us, and sign to ask the Army Corps of Engineers to stop the construction of the Dakota Access Pipeline.” (Rezpect Our Water Petition)

Check out the clip below:

What do you think about the Justice League coming together to raise awareness for the Dakota Access Pipeline? Let us know down in the comments.