HBO dropped the first full Watchmen trailer Saturday and it gave us a first look at how Doctor Manhattan will look in the series.

While HBO didn’t have a panel at San Diego Comic-Con, they dropped the trailer at the right time. The new trailer gives us a first look at some of the characters of the show like Ozymandias, played by Jeremy Irons. However, we also got a sneak peek at Doctor Manhattan. According to the trailer, news reports say Manhattan is trapped on Mars. That doesn’t appear to be the case, as we also see his hand pick up a mask toward the end of the trailer. Here’s a look at Doctor Manhattan: 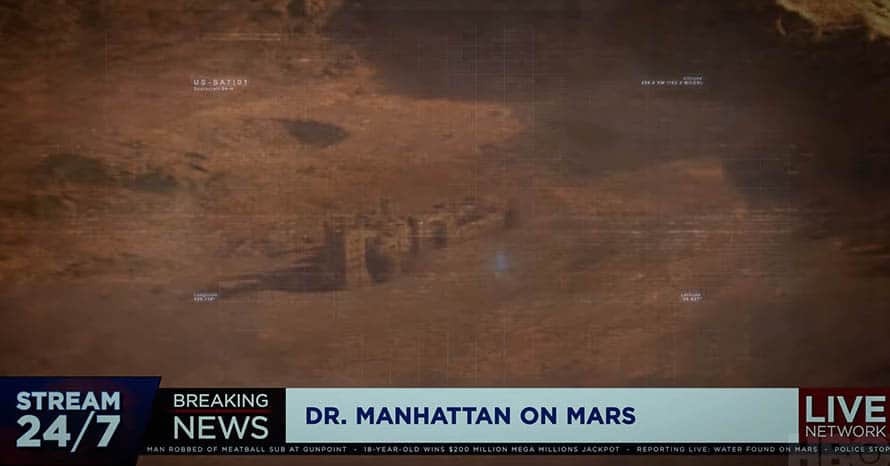 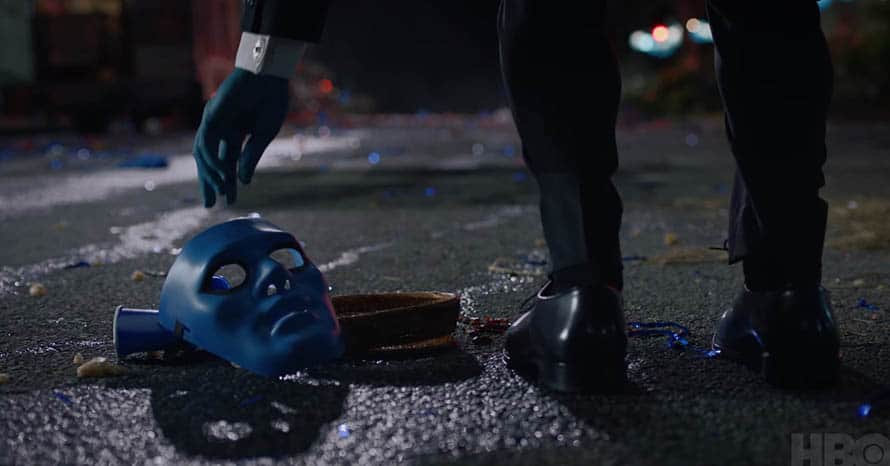 Looks like Doctor Manhattan won’t be on Mars that long. Doctor Manhattan has many abilities, including teleporting himself from great distances. Going from Mars to Earth is effortless for him.

The HBO Watchmen series is the second time the Watchmen story has received a live-action adaptation. The first was Zack Snyder’s Watchmen film in 2009. With an episodic series this time, HBO looks to be expanding on the story that the film told in a little under three hours.

Damon Lindelof serves as an executive producer alongside Nicole Kassell, Tom Spezialy, Stephen Williams, and Joseph Iberti. Trent Reznor and Atticus Ross will compose the score for the show.

What do you think of HBO’s version of Doctor Manhattan? Are you excited for the HBO Watchmen series? Let us know your thoughts down in the comments!

Watchmen debuts in fall 2019 on HBO. Stay tuned to Heroic Hollywood for more news on Watchmen and San Diego Comic-Con!