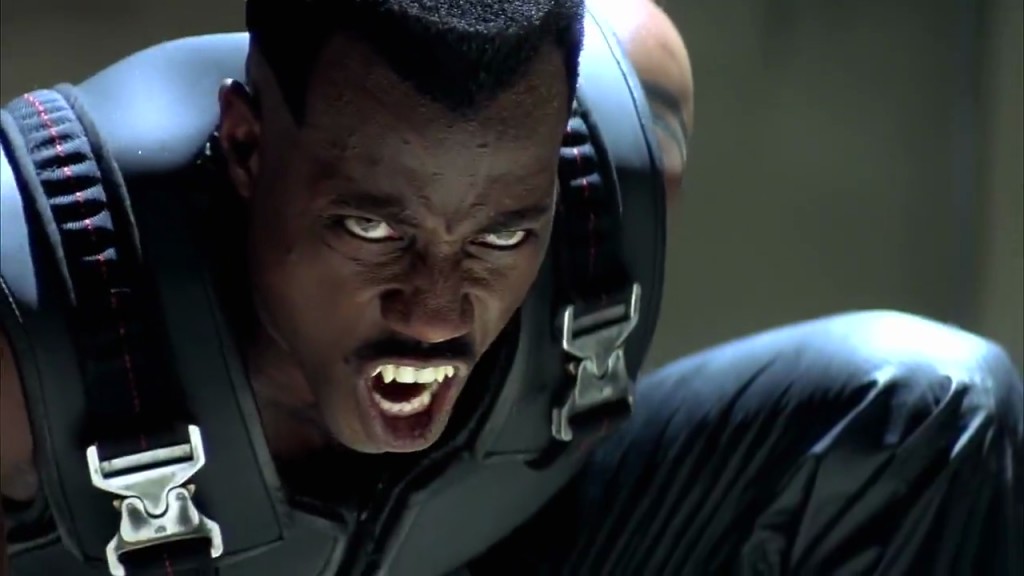 Close your eyes and travel back with me to the year 1998. Before Kevin Feige, before Christopher Nolan, before X-Men, New Line Cinema delivered a balls to the wall superhero thriller with a supernatural edge, Blade. Directed by Stephen Norrington (The League of Extraordinary Gentlemen) from a screenplay by David S. Goyer (Batman Begins, Man of Steel) and starring Wesley Snipes as the titular character, the film received mixed reviews from critics, but performed well at the box office, spawning two sequels (one of which was helmed by none other than Guillermo del Toro), a TV series, and a renewed interest in the Marvel comic from whence it took its inspiration. All of this with an R-rating to boot.

Now, with the MCU in full swing and the rights to the majority of the characters in house, many have wondered just if and when the fan-favorite half-vampire will return to the screen. Well Wesley Snipes himself has added fuel to that fire with his most recent tweet.

Now before anyone goes crazy, this could easily mean absolutely nothing. Snipes could certainly just be trolling with a clever rephrasing of a certain candidate’s platform but, of course, this is the internet so many are bound to take it as factual and quite frankly, I can’t imagine anyone would be terribly upset. Legal troubles aside, Snipes seems to be in solid physical shape, was well-received by fans in the role, and though he’s a bit older than most in the superhero game, the gap isn’t that significant. With Ghost Rider making his debut on Agents of S.H.I.E.L.D. and Doctor Strange mere weeks away from the multiplex, a few vampires may be just the supernatural push the MCU could use. What do you folks think? Netflix? Theaters?

If you’re unfamiliar with the character, or are simply looking for a solid gore-fest to get your Halloween fix, definitely check out the Blade trilogy.