What It Actually Means To Be A Fangirl

I reached out to three different women, who all share one thing in common: they are the epitome of what it means to be a fangirl.

When you read the word “fangirl”, what do you think of? I am sure you cannot help but think of hundreds of teenage girls swooning and literally crying at a One Direction concert. But that is not what a fangirl is – that’s just a stereotype. Sure a fangirl may squeal and overly emote during certain occasions, but a true fangirl is far more complex than just having an obsession. It is actually a way of life.

I reached out to three different women, who all share one thing in common: they are the epitome of what it means to be a fangirl. These women identify with many fandoms including Marvel, DC, Disney, Star Wars, Harry Potter and Dr. Who. They have all had very different experiences, but all demonstrate a strong passion for their fandoms.

Los Angeles native, Joanna Lynn, demonstrates her fandom every day as the owner of Smile and a Song Princess Parties, a performing character company for children. In other words, Joanna gets to cosplay every single day. The art of cosplay has gained popularity in the last couple of years within fan communities. Joanna revealed,

“I started cosplaying about 3 years ago when I met one of my best cosplay friends Jimmy Sherfy at a Disney convention (D23). But then I look back at pictures of childhood and I realize I’ve always been cosplaying”

Joanna gravitates to historical or fantasy based fan communities. She experienced her most memorable fangirl moment at the Sailor Moon Symphony, where Joanna was dressed as Princess Serenity and had the opportunity to watch Jennifer Cihi perform “The Power of Love”. Joanna gushed about the whole experience saying,

“It felt like it was my eight year old dream coming true!”

Her elaborate costumes have become quite well known at conventions and on the Internet: 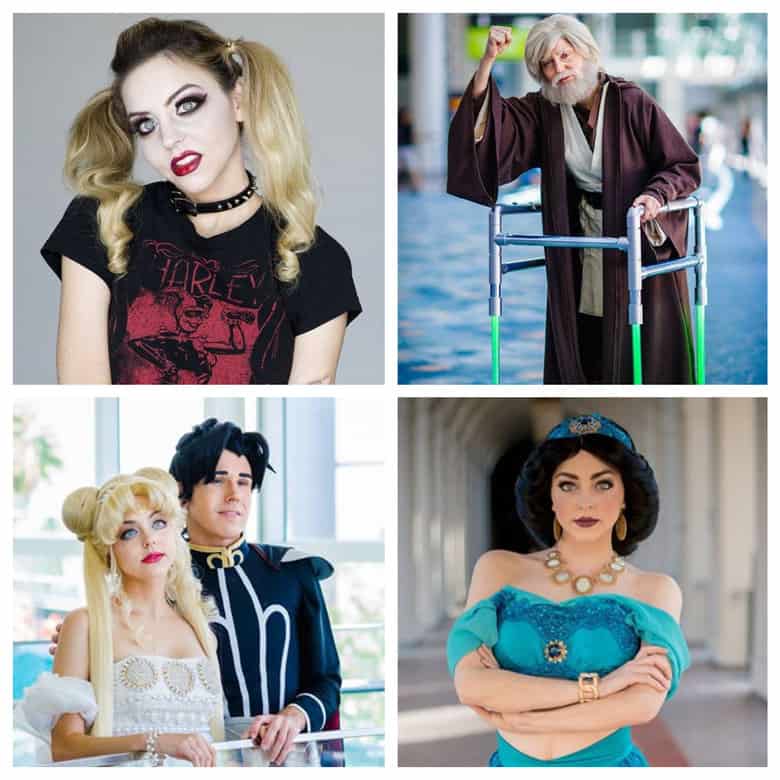 Lifelong fangirl and aspiring screenwriter, Rosie Angelo, has also begun to dive into cosplay. Rosie (who is originally from Baltimore, Maryland, but is now residing in Los Angeles as a development assistant) began to create and model costumes of characters from comics and films.  Rosie’s passion for being a fangirl started at a Harry Potter Convention in Orlando, Florida where she had an extraordinary opportunity to watch an early release of the final Harry Potter installment at Universal Studios. While reminiscing on the event, Rosie shared,

“I was surrounded by people who loved it as much as I do. I think that trip showed me what fandom could be … [Cosplaying has] been a great creative outlet, a huge confidence boost, and a chance to connect with some amazing people.” 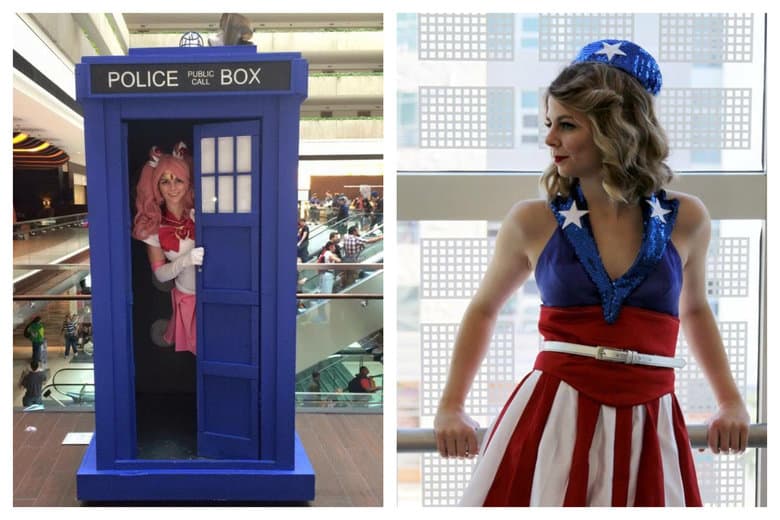 But cosplaying is not the only way female fans are expressing their love for their community and the ability to connect with others. Melanie Elizabeth, a loss prevention specialist in Florida, loves to “support the business” by attending conventions or theme parks designed to bring her beloved stories to life like Walt Disney World or Universal Studios.  These events and theme park attractions create moments that provide fangirls with a unique and special way to connect even deeper with their fandom. When speaking with Melanie, she recalled a memorable experience meeting the world’s favorite Sith Lord, Darth Vader at Disney’s Hollywood Studios in Florida:

“Thanks to Disney and their advanced technology and involvement in the fandom, meeting Darth Vader and actually talking to him (the character, not James Earl Jones) has left me with chills and thrill. It’s amazing to grown fond of a character, find a deep connection and then “meet” them. The experience is that much more impressive.” 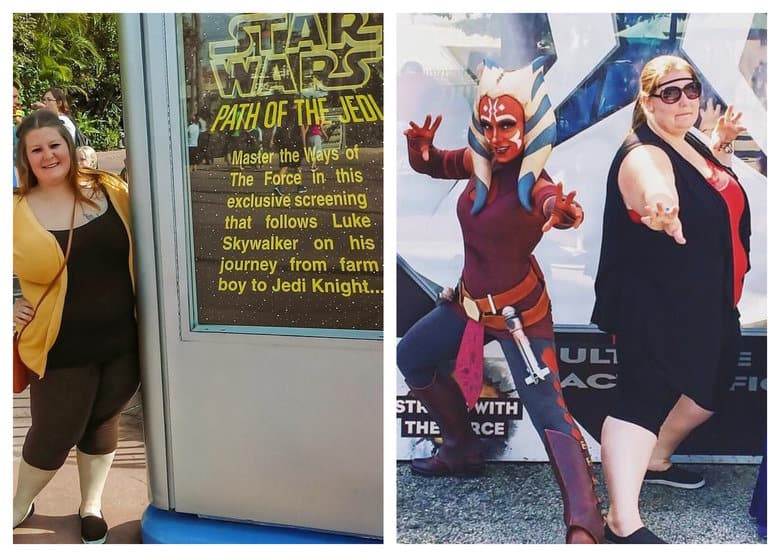 But being a part of such a fantastic community also has its pitfalls – especially for women. Rosie stated,

“[Being a fangirl is] amazing and it’s frustrating. There are great communities out there, made up of guys and girls, who are excited to talk to you about things you love. And it’s so easy to connect, to express what you love. That’s the good part. But there are also people who constantly question you. It’s degrading and tiresome to be asked to justify how much you like something. It’s even worse to feel shut out. I hate the term “fake geek girl,” even more I hate being talked down to. It took me years to feel okay going into a comic store without another nerdy friend because I felt like I didn’t know enough to be justified in going in, or that I didn’t know enough to explain why I was there. Since then I’ve gotten way past that, and I’m so grateful, because if I hadn’t, I would have missed out on a lot.”

The term “fake geek girl” or any other degrading comment as such is something that female fans encounter on a daily basis – in fact, even I have come in contact such disrespectful accusations. It is beyond frustrating to have your passions doubted. Why aren’t men being doubted?  You never see a man wearing a football jersey and think, “what a fake fan! I bet he doesn’t even like that team. He’s just wearing that to impress people.” But when you see a girl wearing a football jersey, you form your judgements. Why are women in a constant need to justify why they like or dislike something? Being a fan is not about pleasing anyone else but yourself. You should be able to love what you love and not be questioned for it.

“A fangirl is someone cool collected, who knows what she likes and doesn’t like, who shows knowledge of the fandom she adores. It means I can be proud of what I like, of supporting my fandoms. It means girl power. It means being proud of what you like. And with new, up and coming female characters that are strong and independent, we certainly have a lot to show the world.”

I could not agree with Melanie more. Being a “fangirl” means more than just loving a great story – it’s about becoming a part of the story’s experience.  As time progresses, we see more and more female fans supporting their favorite communities. And with strong female characters like Rey, Black Widow and Wonder Woman dominating the box office, I cannot help but think that this is the perfect time for women to embrace a culture that has long been dominated by men.