Fifty three years ago today on August 10th, 1962, Spider-Man burst onto the scene when he made his first ever comic book appearance in Amazing Fantasy #15.

Fast forward into the future, Spider-Man is set to make his cinematic return in the upcoming Captain America: Civil War which just began the Germany phase of the production. So what is the deal with Tom Holland’s Spider-Man suit? Here is what I know according to sources. Spoiler territory for those who might not want to know. In the movie we are getting TWO Spider-Man suits.

In the beginning of the film we are getting the home made version of the suit that has been heavily rumored, that’s for sure. Check out an interpretation of the home made Spidey Suit made by fan art rock star Bosslogic. 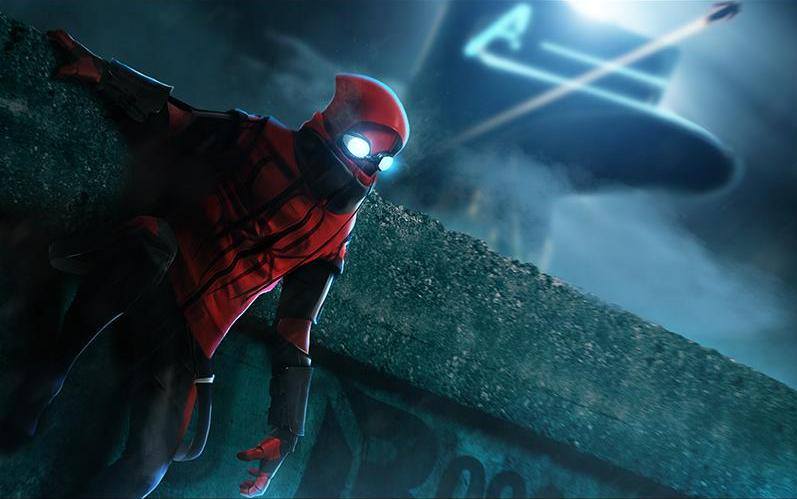 What about the second version of the suit? That one Peter Parker gets towards the end of the film from Tony Stark that features the traditional blue and red color scheme. Comicbook.com did a story over the weekend stating that,

Again, that is the one Tony Stark is going to make for him. It’s been previously reported somewhere that the home made version of the suit is the one Spider-Man rocks in Civil War & the standalone film. Doesn’t make sense and my guys tell me otherwise.

Think about it, Marvel is in the merchandising business. It makes sense from a merchandising standpoint to sell two versions of the Spider-Man suit. Has Captain America rocked the same suit in every movie? No, he has a different one in each film. So why would Spider-Man wear a home made suit throughout two films? That would mean Marvel is leaving serious merchandising money on the table and Ike Perlmutter ain’t having it.

In closing, Spider-Man has the teenage home made version of the suit in the beginning of Civil War and Tony Stark gives him an upgrade towards the end of the film with the traditional blue and red color scheme.

“Captain America: Civil War” picks up where “Avengers: Age of Ultron” left off, as Steve Rogers leads the new team of Avengers in their continued efforts to safeguard humanity. After another international incident involving the Avengers results in collateral damage, political pressure mounts to install a system of accountability and a governing body to determine when to enlist the services of the team. The new status quo fractures the Avengers while they try to protect the world from a new and nefarious villain.”